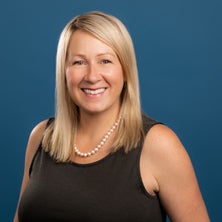 Belle McLemore oversees all organizational messaging, initiatives and campaigns produced by USA Swimming and serves as the spokesperson for the organization. She oversees a four-member team that specializes in communications and media relations for events, national team athletes, programs & services, multicultural, sponsorships and social media.

McLemore joined USA Swimming in January of 2018. Before that, she served as the Vice President of Corporate Communications at UFC starting in 2011, where she primarily focused on executive communications strategies and internal communications. Prior to her role at UFC, McLemore managed media relations for the Canadian Olympic Committee for three years and played a key role in the promotion of the Canadian Olympic team at the 2010 Olympic Winter Games in Vancouver, Canada. McLemore also worked as the communications manager for the Women’s Tennis Association (WTA) Tour starting in 2005.

McLemore graduated from Wilfrid Laurier University with a B.A. in business French, with a minor in communications and earned a post-diploma in sports administration from Durham College.