The month of April was jam-packed with athlete appearances. From National Team athletes sharing wisdom with National Junior Team athletes, to Olympians sharing smiles with elementary schools, USA Swimming athletes used last month to spread their influence and insight throughout communities all over the country. 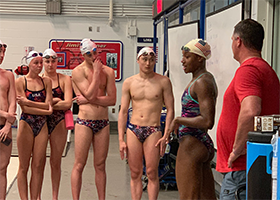 With 114 members of the National Junior Team attending camp at the Olympic Training Center in Colorado Springs, Colo., four-time Olympic medalist Simone Manuel shared her wisdom with the future standouts of the sport. Manuel shared tips and tools to help swimming’s next generation reach the heights that she has. 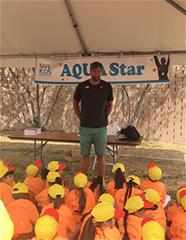 Recent Stanford graduate, Abrahm Devine, also paid a visit to National Junior Team athletes in early April. Devine is coming fresh off of a successful 2018-19 season, where he capped off an illustrious collegiate career with his second-consecutive NCAA Championship title in the 400m I.M.

While Devine visited the National Junior Team, fellow National Teamer Caeleb Dressel traveled to Fort Lauderdale, Florida, for the ground-breaking ceremony of the new Fort Lauderdale Aquatic Center. After the ground-breaking ceremony and a handful of interviews and photos, Dressel jumped in the pool to practice with the Swim Fort Lauderdale swim club. The two-time Olympic medalist convinced Swim Fort Lauderdale Head Coach Dave Gibson that if Dressel was to go sub-18 in a 50-yard freestyle with short fins, the kids could get out of practice. Much to the swimmers’ delight, Dressel sent the kids home early with a 16.3 mark.

April 5: Water Safety is for YOU! // Matt Grevers

With drowning being such a prominent issue for youth around the world, National Teamer Matt Grevers traveled to Tuscon, Ariz., to share water safety tips with young swimmers. Grevers helped over 500 first graders understand the importance of being safe in the water and sun. 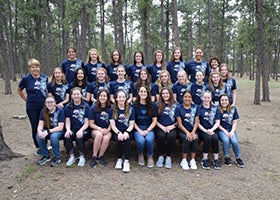 Twenty-six female swimmers between 10th and 12th grade ventured to Black Forest, Colo., for the She LEADS Summit. The future leaders of the sport were visited by World Champion Leah Smith, who shared her experiences. 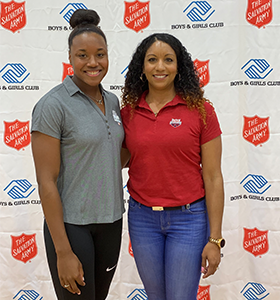 The five-lane, 25-yard pool at The Salvation Army Boys &Girls Club in Richmond opened in 1971, but had been inoperable for nearly a decade before a multi-million-dollar renovation plan took course. Manuel, along with former Olympian Maritza McLendon, attended the reveal of the new renovations just five days before going on to win the 100m freestyle at the TYR Pro Swim Series at Richmond.

The Olympic-themed classroom at W.W. Gordon Elementary School in Chesterfield, Va., was visited by Olympic relay gold medalist, Jack Conger. The classroom was taught about the importance of working hard, going to school, eating healthy and more. One day after Conger’s visit, the classroom was able to watch him compete at the 2019 TYR Pro Swim Series at Richmond. 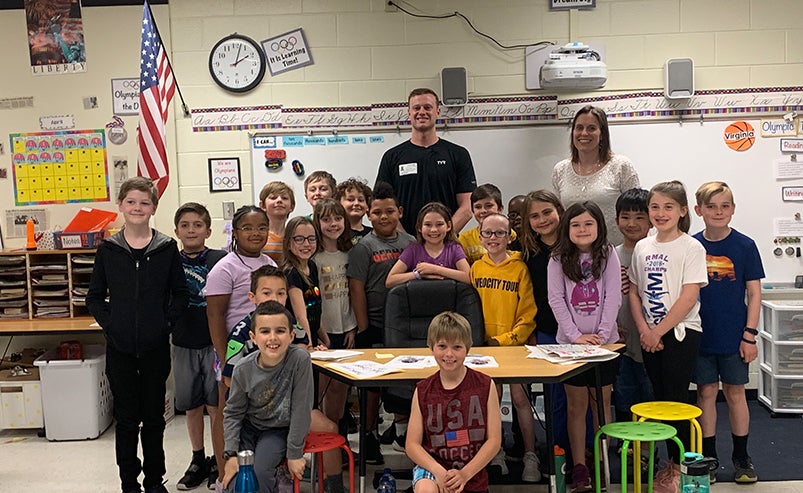 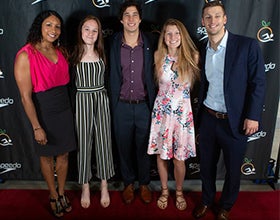 At the 2019 USA Swimming Foundation Silent Auction, Dressel put a private swim clinic and dinner up for bid. The “Swim and Dine with Caeleb Dressel in Florida” ticket went for $6,350 and will allow the winner to bring up to nine friends to Gainesville, Fla., for a chance to train and dine with the decorated swimmer. 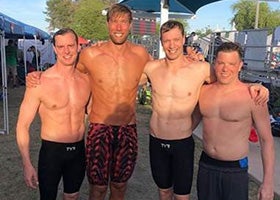 Another prize raffled of at the USA Swimming Foundation Silent Auction was a “Swim and Dine with Matt Grevers in Arizona” package. While that was the title, the package quickly changed when Grevers’ childhood teammates won the bid, and brought Grevers to Mesa to compete on a relay with them at USMS Spring Nationals. 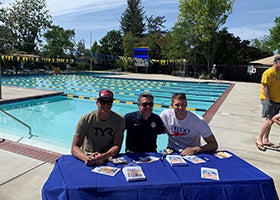 a Q&A with Dave Durden and the attending swimmers.