Over the course of their 15-year marriage, Chuck Batchelor and wife, Christie, never had children – although the possibility remains up for discussion.

As co-owners and managers of Bluefish Swim Club in Attleboro, Mass. (on the Massachusetts/Rhode Island border), the couple’s lives are focused on making the club a continued success, so time for a family hasn’t been a priority.

Still, interacting with and caring about more than 150 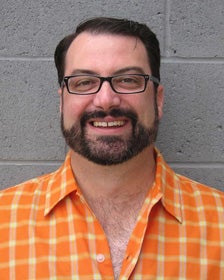 swimmers of all ages every day offers the reward of having a huge family even though they aren’t biological.

“It’s true; I have more than 150 kids at the pool, so having kids of our own hasn’t been a priority,” said Batchelor, who called from Sarasota, Fla., during a spring training trip with several of his athletes. “Getting the opportunity to be a part of so many kids’ lives has been a great substitute and honor for us so far.”

Like many swim coaches, Batchelor found his origins behind the whistle from his days as a competitor.

He started swimming summer country club league when he was 7 and quickly discovered he was pretty good at it and liked to win.

“Back then, it was just me moving my arms as fast as I could to win,” he said.

A year later when he found himself struggling in school and being moved around from different classes due to a learning disability to find the right fit, Batchelor said his mother, JoAnn, got him involved in a year-round YMCA program.

The intent was not only to develop his natural abilities as a swimmer but also to pump up his self-esteem.

“I struggled in school quite a bit with dyslexia, but my mom knew I loved swimming and I was good at it, so she encouraged me to swim more,” he said. “She knew it would improve my confidence from school, and it did. Swimming was always there no matter how tough it got at school for me.”

Batchelor persevered through his learning issues to eventually gain an athletic scholarship to the University of North Carolina, which had a strong learning disability program and helped him work through his anxiety and stress.

When he realized he wasn’t going to take his swimming beyond college competition, he started getting more and more interested in coaching – paying attention to the way his coach, Frank Comfort, ran practices, arranged and ordered sets, worked with athletes, etc.

In addition, Batchelor said he spent time observing other coaches he worked with as a swimmer – Dick Shoulberg, Dan Flack, John Levine and Chris Martin – and what they did to get the best results out of their athletes.

“They were definitely my mentors along the way, and I feel that I have adopted something from every one of them in my own coaching style and philosophy,” said Batchelor, who will turn 50 in a couple of weeks. “Each one of them influenced me along my path, and their styles and approaches helped me create my own style.”

His first taste of coaching came during his time living and swimming at the Peddie Prep School prep school in New Jersey. He had followed Martin there when he changed coaching positions.

While swimming in Peddie, Batchelor roomed with a promising but somewhat troubled young athlete who had run into trouble at past schools and was on a short leash.

This young man, two years younger than Batchelor, hadn’t swum competitively before coming to Perry, but Batchelor took him under his wing and mentored future Olympic gold medalist Nelson Diebel.

“He came to Peddie touted as the bad boy from the mean streets of Chicago, but he was a really good athlete and a really smart guy; he just lacked discipline and direction,” said Batchelor, an Art major at UNC who still creates different art pieces on canvas as a way to relax and express himself. “So, I made sure, as his roommate and friend, to help him however I could to steer clear of trouble and find his own path.

“He proofread my papers for me, and I made sure he went to bed at a decent hour and helped him with his swimming. That was my first time coaching, and it came naturally for me, so I started thinking about it as a career at that point.”

Batchelor describes his coaching style as one that focuses on his athletes – finding intrigue and challenge in helping them go faster but also teaching them about the importance of teamwork, self-confidence and belief that they can reach their goals with hard work and dedication.

He refined this style largely while working with future Olympic gold medalist Elizabeth Beisel, who was young but swam beyond her years on a national level for the Bluefish when he and Christie took over the team in 2005.

While they got along swimmingly (no pun intended) right away, Batchelor quickly learned that, in order to get the best results from his swimmers, it was important to coach her at her age (12) rather than strictly at her competition/results level.

“She was so good at such a young age that I tried to coach her like I thought you should coach someone at that level without taking into account that she was 12 and wanted and needed to be 12,” said Batchelor, who briefly gave up coaching between his time at the New England Barracuda’s and Bluefish before realizing it was his true calling.

“After 6 months of that, I realized I needed to change things, and it improved our relationship and our results. We’re still very close now. She always made coaching fun and challenging, and I feel incredibly fortunate that she still wants me in her life.”

As he worked his way through swimming, Batchelor said his love for the sport has evolved.

But at the core, he still finds immense joy in knowing he helped someone achieve their goals – whether that’s to be a champion or simply learn to swim and appreciate the sport over the course of their lifetime.

“I love seeing my athletes win, but there’s no better outcome for me than seeing the joy in the face of my athletes who give it all they have, drop time and finish third in a race,” he said. “I love the puzzle of coaching – putting the pieces together for young swimmers to find their best outcomes.

“Knowing that they found their best performance and truly appreciate what they’ve accomplished even if that’s not a gold medal let’s me know I’m right where I’m supposed to be.”

And even though Batchelor has been in the coaching game for more than 25 years now – the last 14 at Bluefish – he isn’t convinced it’s what he and Christie will do the rest of their lives.

But for now, it’s a perfect fit for the young swimmer who wanted to do something to help other young swimmers find their best swimmer.

“If we were to leave coaching, we’ve talked about opening a bed & breakfast or owning and running a food truck because I love to cook,” he said. “But for the time being, this is where we’re needed and where we’re supposed to be. We love it.”