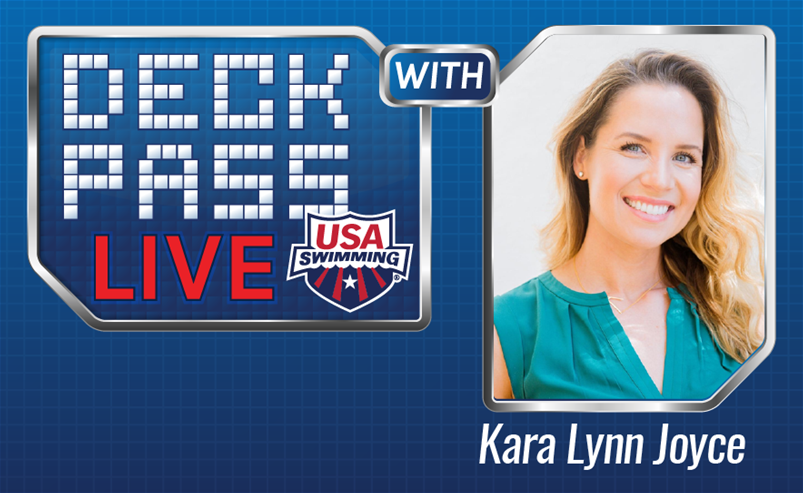 Kara Lynn Joyce is a three-time Olympic swimmer, speaker and founder of the LEAD Sports Summit. Joyce competed in the 2004, 2008 and 2012 Olympics for Team USA. In 2010, Joyce is one of a handful of American women who have competed in three Olympic games. Her story was documented in the film, “Touch the Wall”, which continues to inspire thousands of young athletes today.

In 2017, Joyce founded the LEAD Sports Summit for girls, with the mission of providing leadership and empowerment opportunities to female teenage athletes. LEAD is an annual destination event that connects teenage girl swimmers with female Olympians and professionals in sports psychology, confidence coaching, performance leadership and more. In 2019, LEAD will be held in Atlanta, GA.

Over the years, Joyce has been a leader and advocate for women’s sports and women in business. Joyce has been a panelist and keynote speaker for companies such as: Starbucks, Coca-Cola, Liberty Mutual, Players Tribune and the Women in Sports Foundation.