Right up until the moment she decided to retire, Rachel Zilinskas wasn’t sure she really wanted to.

She had just swum the final races in her final NCAA Championships (2017), but up until that last week, she hadn’t decided or told anyone she was going to retire.

Her heart and mind were not ready to stop swimming, but her body told her a much different story.

“I tore my rotator cuff my sophomore year of college, and it took a massive toll, emotionally and physically, on me that continued even after I was fully cleared to start swimming again after surgery,” said Zilinskas, a member of several U.S. National teams before her retirement. “I lost a lot of physical strength, and it took massive amounts of effort and diligence to keep me going thanks to a great athletic training and coaching staff (at Georgia).

“My last year, I feel like I was finally back to training even faster than I had before the surgery, but I think my body just reached its limit.”

With the end of her swimming career approaching, Zilinskas said she spent the day of her last NCAA race crying. 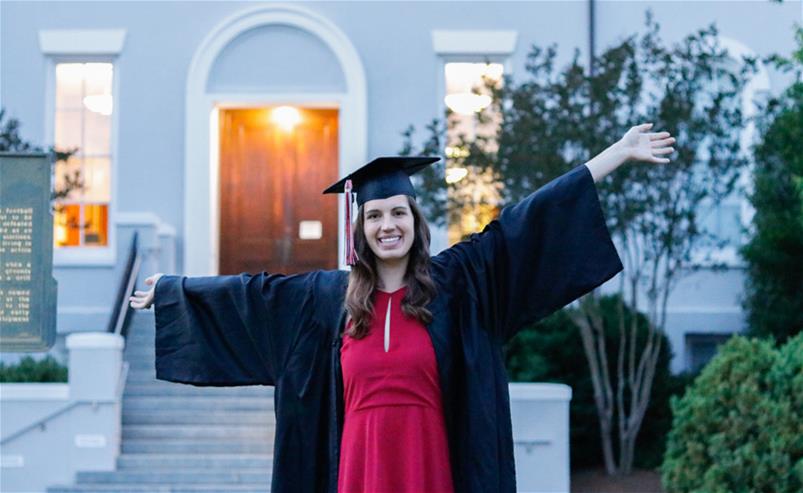 “It didn’t feel like ‘just any other meet,’” she said. “I think my family, friends and coaches knew, too. There was not a lot of fanfare. I just finished my last race and my career surrounded by my incredibly supportive team, friends and family. There were a lot of tears, and it was emotional, but the main emotion was gratitude.”

Her swimming career in the rear view mirror, Zilinskas went on to graduate from Georgia, and now she living in Minneapolis, Minn., pursuing her PhD in biostatistics at the University of Minnesota.

Deep into her program, she said she loves Minneapolis and is happy to be taking charge of this next phase of her life.

When she looks back on her swimming career – which never included a berth on the Olympic team, a dream she had from her first day in the water – she said she’s most proud of all of the adversity she overcame along with some tremendous successes and highlights.

Zilinskas was a member of the National team in both the pool and open water.

At 2012 Olympic Trials, she finished just outside of the event finals in the 800 freestyle, and in open water, she finished in the lead pack where 2nd through 8th were separated only by a few seconds, if that, in 2012.

She was just 17 that year, and with that much success at such a young age, she said she thought she would have a real shot in 2016. But when that didn’t happen, she had to a find a way to move forward and beyond it.

“It is disappointing to not reach a goal you’ve had for almost 20 years,” said Zilinskas, who dreamt of swimming at the Olympics since she watched swimming at the 2000 Sydney Olympics on TV. “I still feel sad sometimes that I worked so hard and sacrificed so much for many years only to “come up short;” however, the older I get, the more I realize that making the Olympics is not the end all be all for me.

“I experienced so many other things in the sport that were beyond some of my dreams in my time swimming for Dick Shoulberg (at Germantown Academy) and also for my coaches at UGA.”

And even though there were numerous times during her career when she said she would have felt justified to retire even early, she persevered through a “barrage” of injuries, illnesses and strain on her mental health to not give up.

“There were many times when it would have been easier to just stop, but I never did,” she said. “I would have if I felt that it was having a negative impact on my life, but there are times when pushing through the struggle produces some really beautiful and fruitful results.

“That being said, I wish that I would not have been such a harsh critic of myself. I always felt like I had to come back better than ever through my adversity. Sometimes just simply giving it your best, honest effort is enough to hang your hat on.”

One of those times that sticks out as such came her sophomore year when she finished sixth in the 1,650 and eighth in the 500 at NCAAs.

She felt that she had to surpass those results in order to have “fully come back” from her injuries. She returned her junior year and scored at NCAAs, but just missed doing it a third year when she finished 17th in the 1650 her senior year.

“I was devastated by that result; of course, I wish it could have been different, but I regret considering that a failure,” she said. “Now that I can look back on it, I know I am not a failure. Hindsight is 20/20, but I wish I could go back and tell myself to be proud of the effort I gave and the person I became because of it.”

A self-described water baby, Zilinskas became involved with swimming at 6 by following her older sister to the pool.

She went her first day, and she was hooked. She won a trophy at her first meet, and she knew swimming was for her. 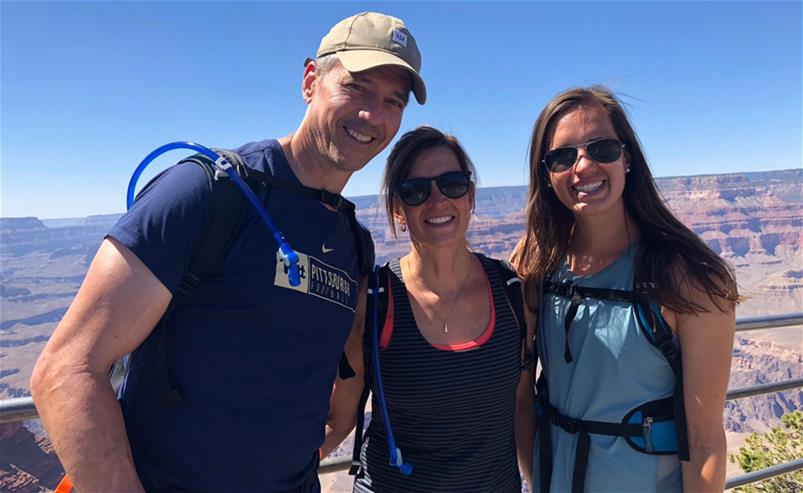 No doubt about it.

“I just wanted to win more trophies,” she said. “Over time, I definitely enjoyed so much more about swimming than winning trophies. I am an introverted person who has also always been prone to stress, putting pressure on myself for academics as well.

“The pool was always a place where I could escape from everything, and put my head down and just swim. I wouldn’t have the values I hold important to me, nor would I have the relationships I have now if it was not for swimming.”

She said swimming also gave her life skills like learning to never give up, how to deal with failure and success and the value of hard work as well as tremendous, lasting friendships she said she knows she will always have.

Swimming also gave her full confidence that she can persevere through anything despite giving her some of the lowest lows along with the highest highs.

And despite still being in her early 20s and many possible years ahead of her in the water, Zilinskas said she is confident she’s taken her last competitive stroke.

“Sometimes I still think ‘what if I started training again,’ but knowing myself, I cannot commit to anything unless I’m able to give it 100 percent,” she said. “With my academic career right now, there is no way that I could maintain the training schedule I would need to and still be a PhD student. My classes are intensely challenging, and I have to work 20 hours a week as a teaching and research assistant, so that does not leave me with very much free time.

“Since retiring from swimming, I have taken up running, competing in several half marathons, and one full marathon. I have also transitioned into triathlons, finishing well in my first half-Ironman distance last summer. I do not have enough time outside of my program to be anything but an ‘amateur athlete’ right now, so my focus has just been on using athletics as an outlet for all of my stress, while still fueling my competitive fire.”