Maya DiRado is Staying Involved with the Sport She Loves

Life has been wonderful, challenging and full of growth for Maya DiRado since she retired from swimming two years ago.

She and her husband, Rob, are back living in the San Francisco Bay Area where she is working on the grant-making team for King Philanthropies, a foundation working to alleviate extreme poverty.

It’s an opportunity that she loves and finds exciting and fulfilling, but despite all the positives, there are also a couple of downsides to life after swimming.

“It's way harder to stay in shape, and I've lost my tan,” she said.

Nonetheless, DiRado has remained busy since she left the sport following the 2016 Olympics –her first and last.

In Rio, she finished her career with medals of each color – gold in the 800 freestyle relay and 200 backstroke, silver in the 400 individual medley and bronze in the 200 IM.

Despite not making it official until the end of the Games, she had actually made the decision to retire all the way back in January of 2015.

That amount of time allowed for the perfect combination of another year and a half of hard work to see just how much she could achieve while knowing that there were lots of exciting things waiting for her no matter how the 2016 summer went.

“The sport of swimming was wonderfully challenging and rewarding, but I had reached the point where I wanted to grow and challenge myself in other areas,” she said. “I feel incredibly lucky that my career was able to wrap up the way it did.”

“I'm most proud of my growth. When I began my swimming career, I was fairly focused and dedicated, but I wasn't particularly tough. With really great coaches and parents and teammates and lots and lots of practice, I think I became a much steadier and tougher person than I would have been without the sport.”

As it has been well-documented, DiRado’s gateway to the pool as a top competitor began as a synchronized swimmer. She joined the local synchro team when she was 5, and after a year, transitioned to the local swim club.

“I had too much competitive juice and too little natural rhythm (for synchro),” she said. “It gave me great sculling skills though!”

DiRado said she gave herself the space and time to grow and not get frustrated in the early days. Along with swimming, she also participated in dance and played soccer, but it quickly became apparent that she belonged
in the water. 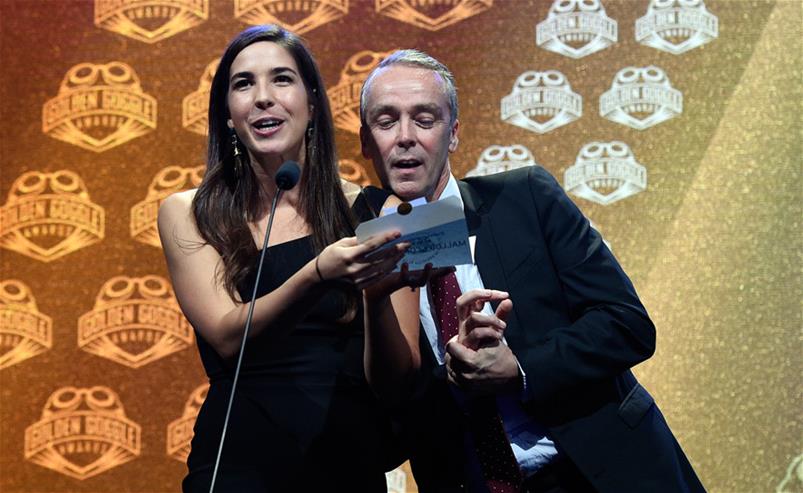 The mix between the individual and team aspect of the sport was really satisfying for her, and with great coaches (and persistent parents), she said she eventually became good enough to enjoy the sport a bit more.

“There's also something incredibly calming about the water,” she said. “It's quiet and forgiving and fun. I only remember a handful of practices from my club swimming days, but I distinctly remember spending hours in the pool after practice with my teammates doing handstands and dolphin dives.”

While she said she’s not naive enough to believe that talent doesn’t matter, DiRado knows she had a natural feel for the water.

But what made her really good was the combination of talent, desire to work hard and, most importantly, the patience to wait for it to all come together.

She credits her parents for not allowing her to scrape by on talent alone and her coaches for understanding that swimming wasn’t the first, second or even third priority in her life.

And as far as she was concerned, it was always worth the hard work and sacrifice required to reach the level and goals she did in the sport.

“I believe very strongly that having a strong sense of your identity outside of swimming actually makes you a better swimmer as is true in other endeavors,” she said. “There were, of course, parties and trips that I missed in high school – and it would have been fun to go abroad in college – but hindsight is certainly 20-20.

“Those things are fun in the moment and they certainly felt like a big deal at the time, but the reward of being able to work hard, get better and achieve my goals is really better than any trip or party. That's true even if one’s swimming career doesn't end with gold medals.”

DiRado said, even before retiring, she wasn’t planning to necessarily stay connected to swimming, but it feels very natural to still be linked to the sport that was such a huge part of her life,

Because she had a wonderful experience, she wants as many other kids as possible to be able to have the same opportunities – which is why she serves on both the USA Swimming and USA Swimming Foundation boards.

It’s also a great way for her to stay involved with swimming since she is adamant about not coming back to contend for the next Olympic team in 2020.

She’s more than happy to cheer her former teammates on from home or the stands during the Tokyo Olympics.

“The board meets in person twice a year, and (Elizabeth) Beisel and I get to serve as athlete voices and help share our stories of swimming to people who want to get involved with the Foundation,” DiRado said.

When she retired, she went with no regrets – largely because her swimming career went much better than she ever could have imagined.

Add in all the great relationships, travel and, of course, the Olympics, and she looks back on her time in the water with nothing but love and very fond memories.

“I made incredible friends, went to my dream school, met my hubby and made the Olympic team because of swimming,” said DiRado, who said she has no immediate plans to start a family beyond getting a puppy. “I'd say the only thing I wished I could have experienced is an NCAA title with Stanford, but it's been so incredibly fun to watch their success these last few years.

“The really wonderful thing about the sport is how it shapes you as you grow up in it. The experience ends up being something you never expected, and even if you had laid out all the expectations for a 17-year career when you start out as a young age group swimmer, the doing of the thing is still 1000 times better than you'd think.”