Golden Goggles at a Glance: Female Race of the Year

This award is given to the female swimmer with the greatest single individual race of the year, with special emphasis on the 2018 Pan Pacific Championships. 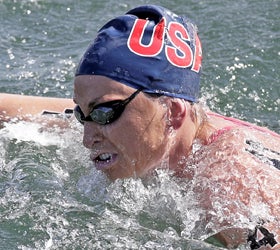 Haley Anderson capped a strong 2018 season with a second straight Pan Pacific Championships gold medal in the women’s open water 10-kilometer race at Hojo Beach. Anderson swam toward the back of the lead pack for much of the race before making a move toward the front on the third lap. She was third with 2000 meters to go before surging ahead for the victory over the final straightaway. Anderson touched just over a second ahead of runner-up Kareena Lee of Australia, with the entire podium separated by roughly two seconds. 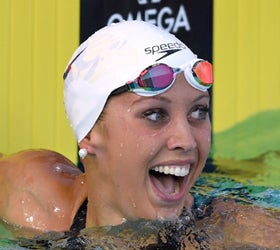 Kathleen Baker brought the crowd to its feet with her first career world record in the 100m backstroke at the 2018 Phillips 66 National Championships in Irvine. She charged off the start and was a more than sixth-tenths of a second under world-record pace at the 50-meter mark. Baker held on over the final 50 and touched in 58.00 – a tenth under the previous mark set by Canada’s Kylie Masse at the 2017 FINA World Championships. She won the race by more than seven-tenths of a second and claimed her second straight national title in the 100m back. 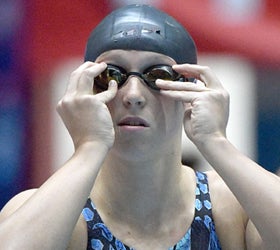 In her first race as a professional, Katie Ledecky continued her dominance in the 1500m freestyle with an in-season world record of 15:20.48 – a full five seconds faster than her previous mark set at the 2015 FINA World Championships – at the 2018 TYR Pro Swim Series at Indianapolis. Ledecky owns the eight fastest times in history in the 1500m free and has held the world record since 2013. She finished 49 seconds ahead of the field in Indianapolis. 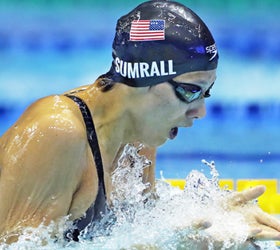 On her third Pan Pacific Championships roster, Micah Sumrall won her first career Pan Pacs medal as she raced to gold in the 200m breaststroke in Tokyo. After sitting fourth at the 50-meter mark, Sumrall grabbed the lead on the second 50 and held off the field over the final 100 meters to touch in 2:21.88 – 24-hundredths in front of runner-up Lilly King and just off her lifetime best from 2013.