This award is given to the athlete who came back from adversity, retirement, sickness, injury, etc., to have an outstanding performance(s) in 2018, with special emphasis on the 2018 Pan Pacific Championships. 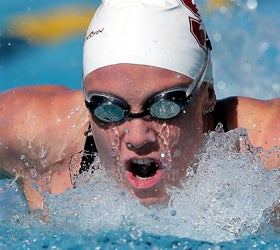 Ella Eastin had a long, winding road to her first major long-course international roster. In 2017, she missed out on a trip to the FINA World Championships in Budapest following a disqualification in the 400m individual medley after an apparent runner-up finish. In 2018, Eastin came down with mononucleosis in the leadup to Phillips 66 Nationals and was forced to miss significant training time. Down to her last race in her hometown of Irvine, Eastin delivered a third-place finish in the 200m IM at Nationals to clinch a spot on the Pan Pacs roster. In Tokyo, she was the top American in the 200m IM, placing fourth. Earlier in 2018, Eastin won three NCAA titles for the national champion Stanford Cardinal. 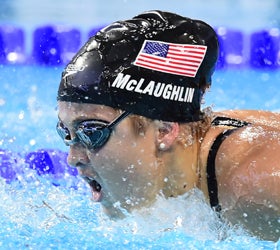 Following a breakout 2015 season, Katie McLaughlin seemed well positioned to make a run at the 2016 Olympic Team before fracturing two vertebrae in her lower neck in January 2016. She’s been on the comeback trail ever since, and McLaughlin completed her return to major international competition with a runner-up finish in the 100m butterfly at Phillips 66 Nationals in a lifetime-best swim of 57.51. In Tokyo, McLaughlin earned a silver medal as a member of the 4x200m freestyle relay. 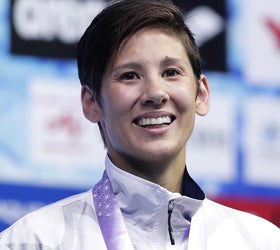 2012 Olympian Micah Sumrall bounced back in a big way in 2018 with a gold-medal performance in the 200m breaststroke at the Pan Pacific Championships. After missing the 2016 U.S. Olympic Team, she took time away from the sport before resurfacing with Chattahoochee Gold Swim Club earlier this year. Buoyed by the support of the age-group swimmers she coaches, Sumrall won the 200m breast title at Phillips 66 Nationals and took third in the 100m breast in Irvine to qualify for her first international roster since 2015. In Tokyo, she nearly matched her career-best time in the 200m breast en route to gold, her first at a major international competition.