Having family across the river in Iowa, Logan Houck had a much larger cheering section at 2016 Olympic Trials than most.

His father, Richard, grew up in a large family in Corning, a small, rural community in southwest/central Iowa (and the birthplace of Johnny Carson) just a couple hours east of Omaha.

So, when Houck competed at the biggest swim meet in the United States as a top contender to make the team, his extended family – most of whom he had never met considering he grew up in Las Vegas – made the trip west to watch their relative.

“There were so many people wearing Team Houck shirts in the stands – most of them I didn’t know – to cheer me and my sister (Hailey) on at Trials,” said Houck, who finished sixth in the 1,500 freestyle in Omaha. “It didn’t matter to us that we didn’t know them. It was just great to have so much support at such a nerve-wracking meet.” 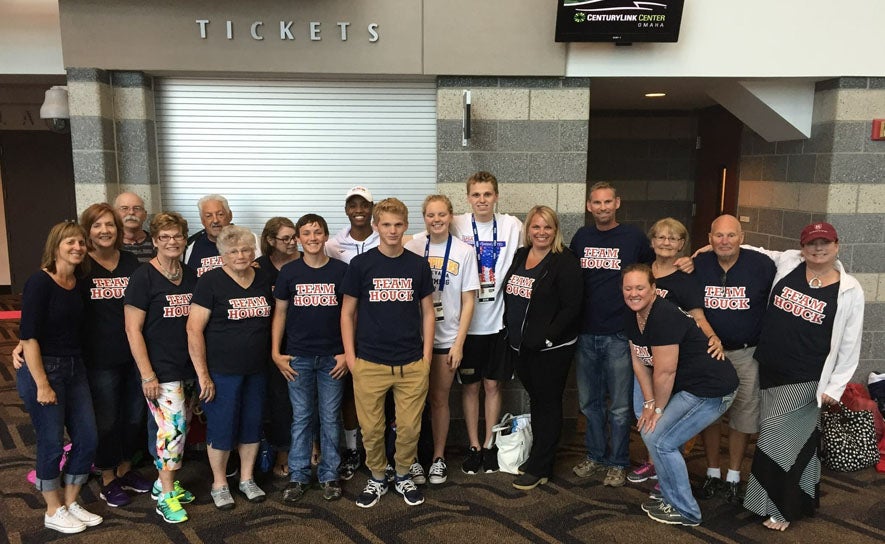 Trials has proven to be a springboard for Houck’s swimming, as he earned a spot on his first National team based on stellar swims last summer at the U.S. Open.

After taking a month off from swimming following his 2017 NCAA collegiate season, Houck, who competed a month later at Open Water Nationals but finished last in the 10k event, bypassed Phillips 66 USA Swimming Nationals Championships that summer as he didn’t feel he was in great racing shape. 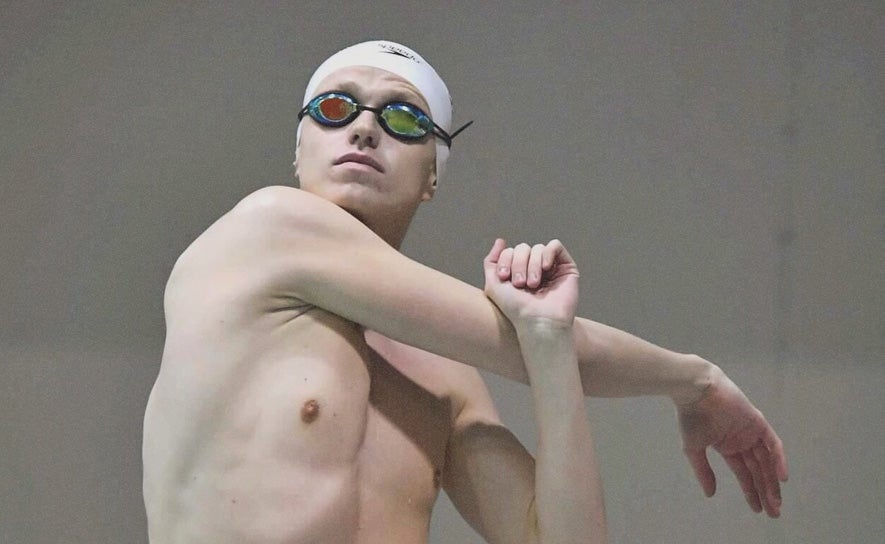 Instead, he trained through Nationals and competed at the U.S. Open – a decision he knows now was a smart move for his swimming. He finished the meet with a third-place finish in the 400 free and runner-up placings in the 800 and 1,500 free events.

This year, however, Houck had a different distraction that kept him from optimal training prior to Phillips 66 Nationals – and he still traveled to Irvine two weeks ago and competed.

This summer, he did a short 5-week internship at National Geographic Wild in Washington, D.C., helping with research, doing some production consultation and learning the ropes about what could become a future in television/media. 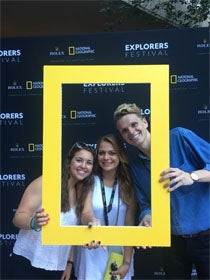 Harvard, Houck put his knowledge and love for conservation and the environment to good use in hands-on work.

“I loved that the people I worked with valued my input and often used my ideas and suggestions in their programming,” he said. “I gave my opinions on cuts on different programs, and I learned a lot about TV production and media in the process.

“Doing my internship made it impossible for me to focus solely on swimming and training for Nationals prior to the meet. But I was still really happy with my results in Irvine, so it turned out to be a good decision for me. I have to think about my future because I can only swim at this level for so long before it’s time to move on to the next phase of my life. But this taught me that I’m not ready yet to close the door on swimming.”

His performance in the 800 has allowed him to remain on the National team while he completes his final season and year of classes at Harvard this fall.

Despite not making the Pan Pacific Championships team this summer, Houck said he watched the recent television coverage of the meet in Japan and was rooting for his U.S. teammates – especially the distance crew of Jordan Wilimovsky, Zane Grothe and Robert Finke.

Having competed against all of them – and grown up idolizing fellow Las Vegas native Grothe and breaking many of his Nevada age group records along the way – Houck said he saw tremendous progress and promise for American men’s distance as the next Olympics gets closer.

The race at Pan Pacs that stood out to him was the 1,500 freestyle, where Australian Jack McLoughlin came out fast but was overtaken by Wilimovsky and Grothe for gold and silver. Finke was a close fourth.

“I knew Jordan (who also won the 10k Open Water event at Pan Pacs) has a strong second-half, so when he was behind early, I had no doubt that he would come back,” Houck said. “But I was particularly impressed with Zane’s swim in the heat before that last one. He turned out a really fast time against a slower field. That showed something to me And Robert had a great meet as well.

“American men’s distance swimming is definitely charging forward and will continue to do that leading up to Tokyo because we have a strong, fast, young group who pushes each other to be better and faster.”

As for himself, Houck said he is looking ahead to 2020 and making the next Olympic team as a goal, and with a final year of collegiate swimming followed by a year of intense training, he knows he can be in the right position to contend.

Beyond that, he’s not sure what the future holds and if he’ll stick around for the 2024 Games.

One thing he does know, however, is that swimming still holds a high priority in his life and he sees tremendous opportunity ahead.

“The last couple of years in particular have definitely shown me that, wow, I still love swimming a lot and have much more I’d like to accomplish,” said Houck, who started swimming at a local rec program as an 8-year-old and went year-round with the Sandpipers of Nevada when he was 11.

“I don’t come from an athletic family at all, but we (he, older sister Hailey and younger brother Ethan) realized at some point we were pretty mediocre at swimming (and struggled in other sports), so we stuck with it. I can’t imagine not having swimming in my life, and I’m more excited than ever to see how much farther I can take it.”