Shortly after arriving in Montreal, Quebec, for the 1976 Olympics, Wendy Weinberg Weil and her U.S. teammates took a stroll through the swimming arena and found their way into the women’s locker room.

As they entered, they immediately thought they were in the wrong room when they heard deep voices coming from nearby.

“We thought we’d entered the men’s locker room by mistake,” she said. “We peered around the corner, and it wasn’t men at all. It was members of the East German women’s swim team. Their voices were as deep as men’s, and their bodies did not look like women’s.”

As the story goes, the East German women dominated those Olympics, and although everyone was suspicious of their appearance and amazing performances during the Games, it wasn’t until years later after the fall of Communism that it was proven they were doping.

Weil, who was one of the few U.S. women swimmers to medal at the Games (bronze in the 800 freestyle), said she and her teammates were instructed by coaches and swim officials not to speculate or comment publicly about the East German women for fear of being tagged as poor sports. 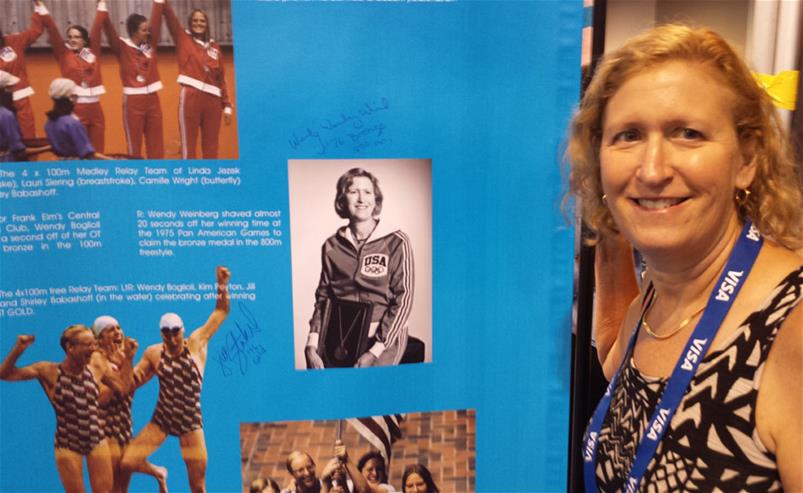 “After Shirley (Babashoff) commented about them, she was dubbed ‘Surly Shirley’ by the media, and swim officials wanted to stop that from happening in Montreal,” said Weil, who wrote a paper in high school about the effects of anabolic steroids, so she knew what she was witnessing.

“But everyone suspected something wasn’t on the up-and-up. It was a topic of conversation before, during and after the Olympics. We just couldn’t say it to the media.”
Weil said she chose not to allow this speculation to affect her psyche prior to her races – although their attempts to intimidate in the ready room didn’t go unnoticed.

She was focused on her race, putting together the swim of her life to finish second behind Babashoff and win one of the United States’ seven medals. All three medalists in the 800 free swam under world-record pace in the final.

Considering she came into the Games not expected by many to medal (she finished third in the 800 free at Olympic Trials and made the team because the top 3 were taken to the Olympics at the time), Weinberg said she decided to make the most of her opportunity and enjoy the experience.

“You never know when or if you’re ever going to get another chance to swim at the Olympics, so I decided to make it count,” she said. “But I felt really bad for Shirley. She deserved so much better, including a legitimate chance to win an individual gold medal.”

Weil got her start in swimming as a youngster, hitting the water in her grandparents’ pool as a toddler before joining her hometown YMCA in Baltimore at 7.

Shortly after that, she and her brother joined the North Baltimore Aquatic Club (NBAC) where they both swam for a couple of seasons. From there, they moved on to train with a small team at nearby Johns Hopkins University.

When that group disbanded during high school, Weil moved over to train with the men’s team at Johns Hopkins, and within a couple of years, she found herself on the plane to Montreal to swim at her first and only Olympics.

“It didn’t really matter where I swam; I just loved swimming and wanted to find the right coach for me,” said Weinberg, who missed making the 76 Olympic team in the 200 butterfly by .01. “I had a really good working relationship with my coaches at Johns Hopkins.

“And I do think training with the guys helped. There were some guys who were resentful that this kid – and girl – was beating them in practice, but I’ve always been self-motivated and determined to accomplish whatever goals I set for myself.  Once I decided to do something, it became my life. I didn’t let what other’s thought or did bother me.”

And while Weil admits she always wanted to go to the Olympics, that was never the daily goal.

She approached the bigger dream by setting and achieving smaller goals leading up to the big one – beat this one and move on to the next.

“If you set goals too high, you’re always going to be disappointed when you don’t reach them because they’re unrealistic,” said Weil, who also won gold in the 800 free at the 1975 Pan American Games and bronze in the 400 free at the 1977 World University Games. “But setting small goals along the way to reaching the big one makes it more achievable.”

While her swimming career was cut short because of a chronic shoulder injury – she was done at the conclusion of her senior year at the University of North Carolina so she never experienced the heartbreak many of her swim friends and 1976 Olympians felt when the United States boycotted the 1980 Games in Moscow – Weil said she was ready to move forward with her life. 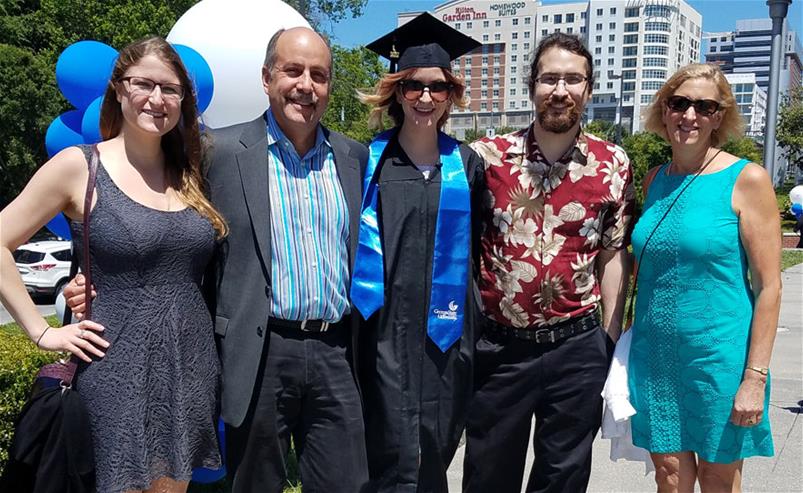 With a strong interest in sports and medicine, Weinberg changed her focus at North Carolina to exercise physiology and physical education after breaking her ankle her sophomore year. She furthered her education to earn Master’s degrees in sports medicine and physical therapy at Emory University.

Today, she has her own practice – Wendy W. Weil P.T. LLC out of the lower level of her home in McLean, Va. – focusing on orthopedics, treating many different groups of people including the elderly as well as athletes.

“I work with a lot of Baby Boomers who have had hip replacements and need physical therapy, as well as athletes who are experiencing a wide range of physical issues, including shoulder injuries like I had,” said Weil, who won multiple gold medals at two Maccabiah Games (1973, 1977) during her career. “I love what I do. I love being able to help people live more fulfilling lives. I love teaching them what they need to do so to still be productive and active.”

She also makes it a point to attend every 1976 Olympic team reunion she can and has been to the last few Olympic Trials, including the most recent one where she and her teammates were honored.

Weil said she thinks she and her teammates have remained so tight over the years because of the adversity they experienced in Montreal. Even many members of the men’s team make it a point to attend reunions.

“The guys had a fantastic Olympics – the best ever by a team – and they felt really badly for us because they knew we were being cheated out of our opportunities to win even though we couldn’t prove anything at the time,” said Weil, a mother of three “gainfully employed” kids and married for 33 years. “So, our group has remained very close. We have a reunion coming up soon at one of our teammates’ homes in North Carolina, so we’re all looking forward to seeing one another again.

“We were a very young team in 1976 – one of the youngest ever – and I also think that made us closer. The Olympic village in Montreal wasn’t very good – we had so many girls sharing apartments that we all bonded out of necessity. Add that to what we experienced together with the East Germans and it brought us all together even more. I’m always excited to see my teammates. They’ve become family.”