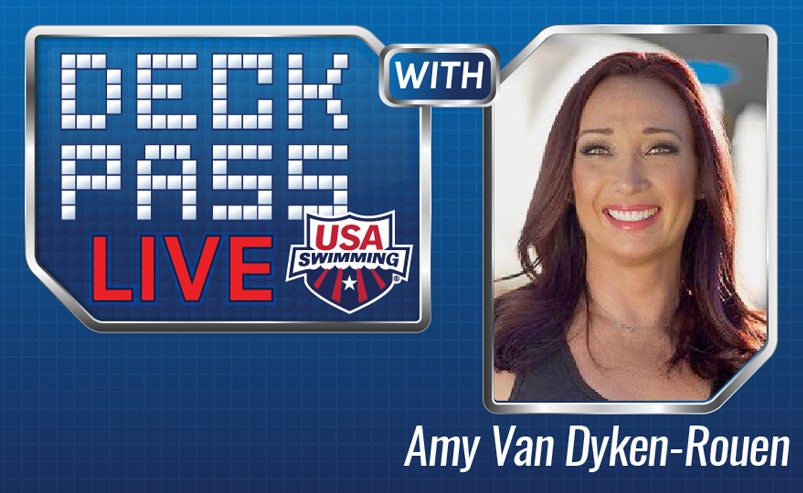 Van Dyken-Rouen has the distinction of being one of the few Olympians whose medals are all gold.  In 2007 she was the only American swimmer to be inducted into the International Swimming Hall of Fame's Class of 2007. She was also inducted to the Olympic Hall of Fame in July 2008.

After high school, Van Dyken-Rouen attended the  University of Arizona for two years before transferring to  Colorado State University, where she broke her first US record with a time of 21.77 seconds in the 50-yard freestyle at the NCAA championships in 1994. She also placed second in the 100-yard butterfly. In 1994 she was named the NCAA Female Swimmer of the Year. After college, she moved to the  United States Olympic Training Center in Colorado Springs, CO, to train full-time for the 1996 Olympics.

Following her 4 gold medals at the 1996 Summer Olympics in Atlanta, she won the ESPY for Female Athlete of the Year; Swimming World magazine's female Swimmer of the Year award; induction into the Colorado Sports Hall of Fame; induction into the US Olympic Hall of Fame; and  Associated Press Female Athlete of the Year, USOC Sports Woman of the Year, the Women’s Sports Foundation Sports Woman of the Year and USA Swimming Swimmer of the Year. She was also featured as one of Glamour magazine's Top 10 Women of the Year, named one of 25 most influential females in sport by Women’s Sports and Fitness magazine and received the ARETE Courage in Sports award.

She has graced the cover of several newspapers and magazines, including USA Today, Newsweek, Time, Swimming World magazine, and Sports Illustrated.

Van Dyken-Rouen is retired from swimming and lives with her husband, former NFL punter Tom Rouen, in Arizona. Since her retirement, Van Dyken-Rouen has been a public speaker, a  disc jockey on a sports radio show in Arizona, served as the side-line reporter for the  Seattle Seahawks and Denver Broncos football teams, and even played in the award-winning stage-play the Vagina Monologues

In June of 2014, she was injured in an ATV accident and severed her spinal cord leaving her paralyzed from the waist down.