Grant Shoults is Eager to Keep ‘Leveling Up’

So, when it came time for him to choose a college at which to swim and study, it made perfect sense – a no-brainer – that he would become a Cardinal.

Yep, a Cardinal. As in Stanford. As in The Farm. As in Palo Alto.

And despite his family’s deep Southern Cal roots – his dad is an alum and was a yell leader for Trojan athletics as a student – Shoults said he hasn’t been disinherited.

Surprisingly, they were and are in full support of his college choice – especially his dad.

“I definitely looked at USC during my recruitment process, but once I visited Stanford and met the coaches and team members and toured the campus, I knew this is where I belonged.

“The true rivalry exists between USC and UCLA – where my older sister, Jax, swims – so that was tougher for my dad. He still refuses to wear (UCLA) royal blue, but he wears the Cardinal Red.” 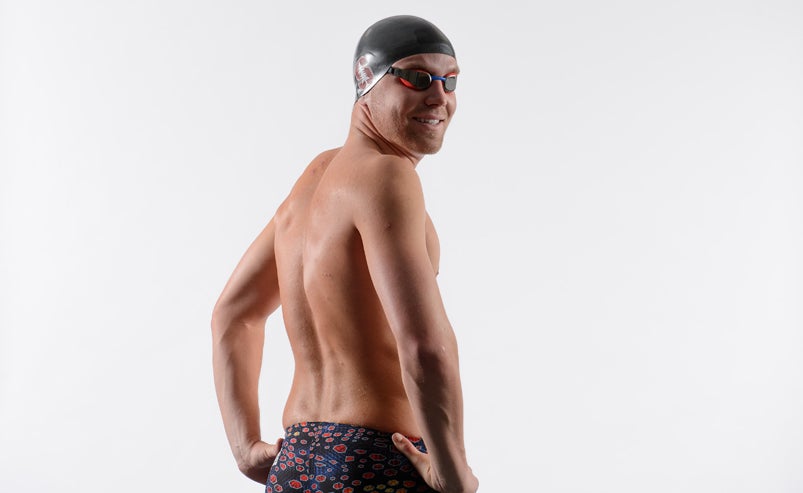 Coming up on the conclusion of his sophomore year in Palo Alto, Shoults said he has never regretted his decision – loving his classes and the whole experience as a Stanford student and athlete.

He has made the most of his experience in the water – earning multiple All-America honors and finishing third in the 800 freestyle last summer at the Phillips 66 USA Swimming National Championships.

His placement earned Shoults a spot on the 2017 World University Games team where he won a bronze medal in the 400 freestyle and just missed the awards podium with a fourth place showing in the 800 free.

And while he’s enjoying his overall swimming experience at a level he never envisioned when he got his start in the water at 18 months and began summer league swimming at 4, Shoults said he originally believed his athletic claim to fame would come on the mound instead of in the pool.

“I loved playing baseball – still do – but an elbow injury in high school derailed me from pursuing it long-term,” said Shoults, who didn’t injure his elbow playing but from a freak encounter with a dog. Despite surgery to fix it, it never healed accurately and keeps him out of the sport.

“I swam the whole time I played baseball, so when baseball wasn’t going to be a long-term option for me, I put all of my energy into swimming.”

As someone who always “swam up” beyond his age group during his club days, Shoults said moving into a program at the level of Stanford’s has been somewhat of an eye-opener, although he has more than held his own.

The day-in, day-out level of competition has improved his performance in the water and increased his confidence. That began to truly take shape when he swam at 2015 Junior Pan Pacific Championships and 2016 Junior World Championships, where he won two gold medals and one silver medal.

“Not having baseball – where I believed I was good enough to play at the Division I level before the injury – truly energized my love for swimming,” he said. “There are still some days when I wake up and really miss baseball, but I am fully committed to seeing how far I can take swimming.

“And I’m getting a tremendous education here at Stanford, so when I’m done competing, I’ll be prepared for my next career.”

Shoults, who is studying human biology with the intention to go to medical school, plans to study orthopedics or plastic surgery after finishing his undergraduate education. 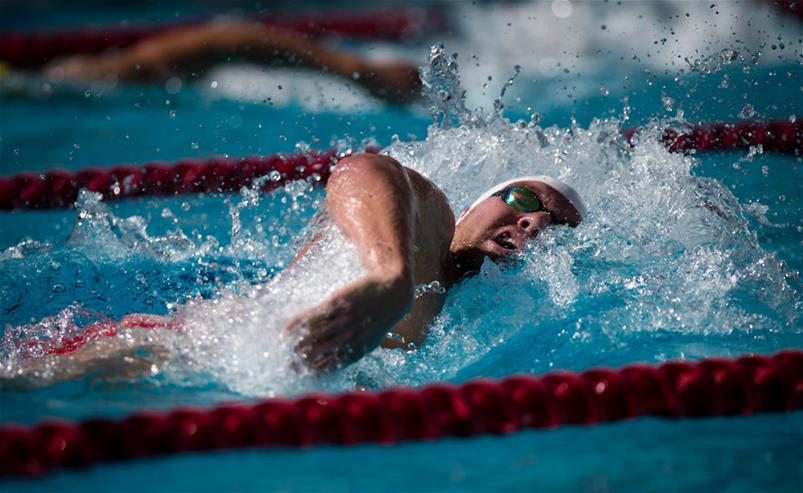 His collegiate swimming career will conclude in the spring of 2020 – perfect timing for 2020 Olympic Trials and a shot at making the 2020 Tokyo Olympic team.

And even though he admits his sophomore NCAA season didn’t finish as he wanted – finishing fourth in the 500 free at NCAA Championships – he knows he has this summer’s National Championships to make good on the promise he has continued to show the past few seasons.

“No doubt it’s an important summer, and the results at Nationals will determine international teams for the next two summers leading up to Olympic Trials so there’s a lot at stake,” said Shoults, who made the final 8 in the 400 freestyle at 2016 Olympic Trials and said he learned a great deal about himself as a competitor at that meet.

“I am more motivated for this summer than I ever have been. I’m excited to see what I can do at Nationals and where I am heading toward 2020. It will be an important meet in that regard.”

Shoults said he will swim the TYR Pro Swim Series at Santa Clara in June and the LA Invite prior to Phillips 66 Nationals as a tune-up.

“I always think racing is beneficial, especially at big meets,” he said. “(Collegiate) Dual meets get you out of the norm of practice and often your regular events, so I like the variety and opportunity to swim several events. But nothing can substitute for true, competitive swimming in a meet format.

“The TYR Pro Swim Series meets are a great time to determine how you’re performing and where you can improve prior to a meet like Nationals.”

And as far as fulfilling his dream of swimming at the Olympics, Shoults said that as his times and performances have continued to improve over the past few seasons, he has started to allow himself to believe that he can achieve this dream.

Not bad for the kid who thought he’d be pitching or catching the baseball for living.

“I am undecided yet if I will take a gap year (2019-2020) from collegiate competition to focus on making the Olympics, but I have made a lot of improvement and that gives me a lot of belief that the Olympics are possible,” he said.

“I’ve always believed that if you don’t have the attitude and confidence that you can achieve something, then it won’t happen. It’s better to have lofty goals and work toward achieving them than never believing you can do it at all. I’m excited to see what I can accomplish over the next couple of years.”