Swimming with two superstars named Kate at different stages of her development has proven beneficial for Isabella Rongione.

Both were such inspirational, motivational experiences 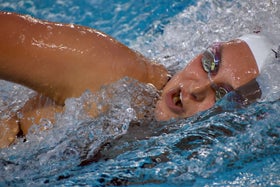 for the University of Southern California freshman that she didn’t even realize the impact they had on her until years later.

Fortunately, as a first-time member of the U.S. National team, she has made the connection just in time to continue to make a name for herself in the pool and in open water.

“When I was 8 or 9, I swam with The FISH and Kate Ziegler trained there, too,” said Rongione, who swims distance freestyle and open water. “One practice before Junior Worlds, Kate gave me a little talk and told me good luck. It really impacted me – helped me really believe in my swimming.

“Then, a few years later, when I moved over to the Nation’s Capital Swim Club, I trained every day with Katie Ledecky. I learned so much from watching and training with her – how she crushes every stroke and turn – takes every practice seriously and maximizes her opportunities. It was amazing to see how hard she works.”

Work ethic is something Rongione has always prided herself on – ever since she first started summer league practice as a 7-year-old.

Growing up, she tried every sport but over time, realized her true passion was in the pool and not on land.

“My dad played tennis in college, so I tried several land sports like tennis and soccer, but swimming was the one I always gravitated toward,” said Rongione, older sister to triplets (2 boys and a girl, two who also swim).

Her decision to focus on distance and open water largely came because, as she says, “it takes forever for me to finish a 50.” 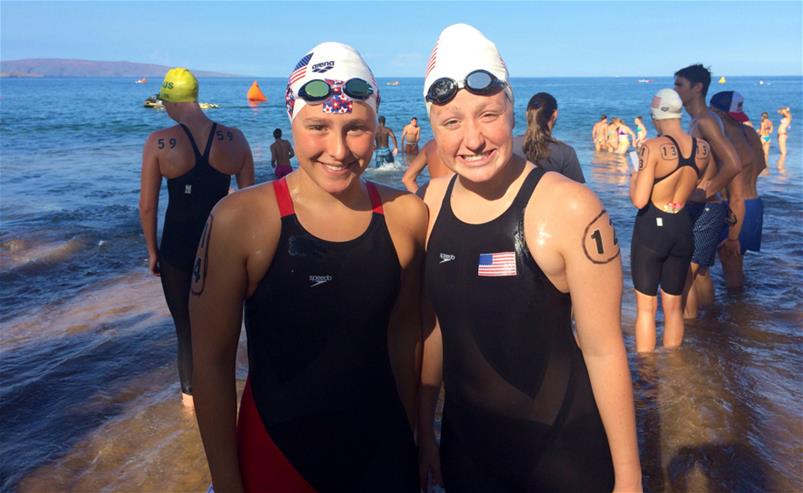 Training in distance-intensive programs like FISH and Nation’s Capital worked perfectly into her ultimate lean toward longer, more aerobic events.

When it came time to choose a college, she said she looked at several campuses and programs but ultimately decided she felt most comfortable and had the greatest opportunity cross-country from her Virginia home.

“(The University of Southern California) USC had everything I wanted, everything I was looking for – and it’s never cold here,” she said. “My mom and dad lived in the area for a few years before moving to Virginia, so they love it here and play a definite role in my decision.”

Although her freshman season didn’t end like she’d hoped – she didn’t compete at NCAAs, ending her season at Pac-12 Championships – Rongione said that while it was a disappointment, she intends to use the experience as motivation for upcoming meets.

This weekend, she’s swimming at the Crippen Cup in Florida as a tune-up for Open Water Nationals, where she hopes to earn a spot on the Pan Pacific and/or World Championship teams.

Depending on how that meet goes, she said she will decide whether or not to compete at Phillips 66 Nationals in Irvine, Calif., this summer.

Regardless, having earned a spot on the U.S. National Team last year has raised Rongione’s confidence level and proven to her that she can compete at the highest levels.

Including the next Olympics.

“Swimming at the Olympics has always been a dream of mine, but it’s really only been in the last couple of years that I’ve realistically thought that I could be competing in 2020,” said Rongione, who plans to follow in her family’s medical footsteps (dad is a doctor, mom is a nurse) and become a doctor.

“I know that I am in a better position than I was four years ago, and I believe more now than ever before that I have as good of a shot as anyone to make the next Olympic team – especially in open water. I’ve just got to keep working and learning – and believing.