Allison comes to SCSC after spending nine years with the 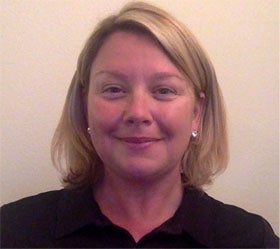 First Colony Swim Team, located in Houston, Texas. She was the Head Age Group coach for two years and the Head Coach for seven years. When she started at FCST, the team was under 150 swimmers and had one NCSA Junior National qualifier.

Over the nine years at FCST, Allison coached three National Team Members, six swimmers ranked in the Top 100 in the world, six National Jr. Team Members, two National champions, and dozens of nationally ranked age group and senior swimmers. FCST swimmers broke American (individual), National Age Group (individual and relay), state, and LSC records. In 2010, FCST won USA Swimming’s Winter Junior Nationals and in 2013, FCST won the inaugural NASA Junior National Championship Cup. While at FCST, 9 of Allison’s swimmers qualified for the Olympic Trials, with one swimmer being first alternate for the 2008 10K US Olympic Team, and another swimmer winning gold in the 100 free at the 2016 Olympic Games.

Before moving to First Colony, Allison was the Head Age Group coach of the City of Mobile Swim Association, which was the team on which Allison grew up swimming. She was twice voted Southeastern Age Group coach of the year by her peers, and she had numerous LSC record breakers and nationally ranked swimmers.

Throughout her coaching career, Allison has had swimmers qualify for the US Olympic Trials in every event offered. Over 60 of her swimmers have gone on to compete at the collegiate level. She was voted Gulf Senior Coach of the Year by her peers in 2010, 2011, 2013, and 2014, and she was voted Southeastern Age Group Coach of the Year in 2003 and 2004. She is an ASCA Level V coach.

In addition to her time on deck, Allison is Pacific Swimming's Senior Chair, a member of USA Swimming’s Senior Committee, and volunteers on numerous USA Swimming Task Forces. Allison grew up in Mobile, Alabama and attended Davidson College, a NCAA Division I school where she swam for four years and earned her BA in History. In her spare time, Allison likes to read, fish, spend time with her friends, and watch Alabama football.