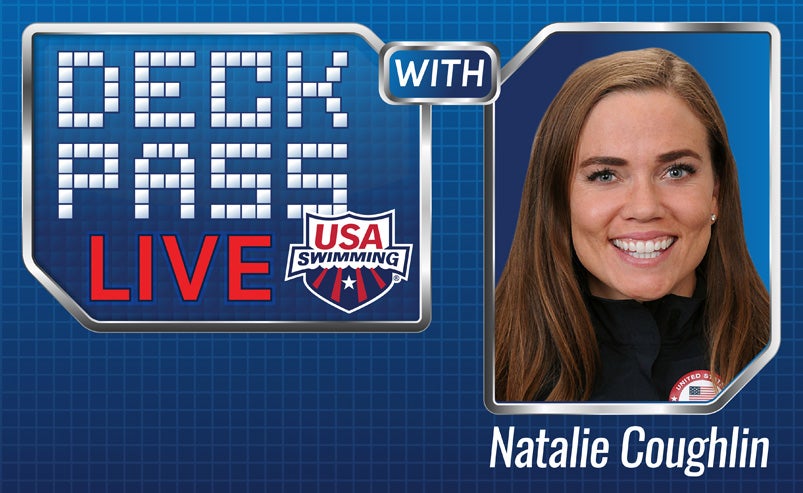 An avid believer in maintaining an active and healthy lifestyle, Natalie Coughlin enjoys spending time in the kitchen preparing meals that compliment her lifestyle. She has prepared some of her favorite recipes on the Today Show and Rachel Ray. Served as a guest judge on the season premiere of Super Chef Battle: An Iron Chef America Event. Captured mainstream appeal with her engaging personality and athletic abilities on ABC’s Dancing with the Stars. Featured in the 2012 SI Swimsuit Issue. She released her autobiography, Golden Girl, following her dominating performance in Athens. Coughlin is also a highly sought after motivational and inspirational speaker.

Armed with an engaging personality and inviting
smile, Coughlin has an eye for both sides of the camera lens. Her TV hosting experience includes assignments with Access Hollywood and MSNBC. She posses a passion for photography and has been known to capture stories of her world travels through her camera. She's also served as an official photographer of Cal-Berkeley athletic department.

Coughlin is actively involved with the YMCA of San Francisco. She's an ambassador for Right to Play and participated in their “Hearts of Gold” program around the Beijing Games that donated more than $85,000 to children around the world. Coughlin is a Charter Member of USADA’s “Project Believe” campaign, voluntarily participating in extra blood tests in an effort to speak out in support of clean competition. She also supports the Women’s Sports Foundation, Sports4Kids, Edible Schoolyard, PoohStrong Foundation, the DAM-Cancer Foundation and Tobacco-Free Kids.

Coughlin is among the most decorated international medalists of all-time: