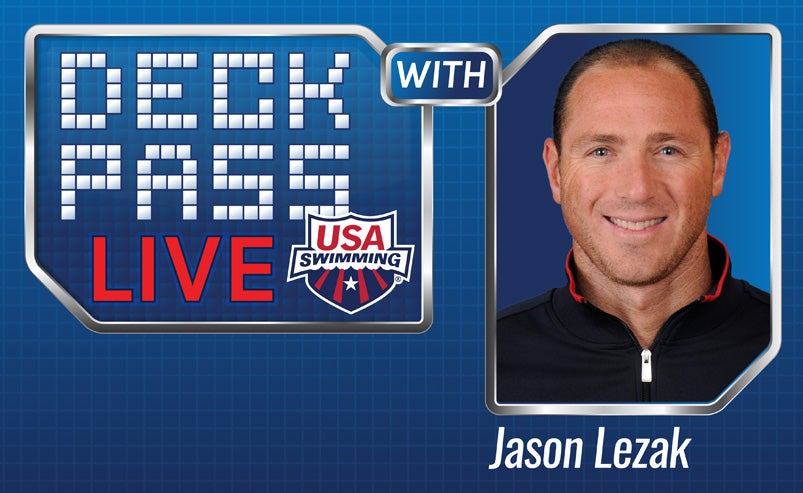 Jason grew up in Irvine, California as a well-rounded athlete. He began swimming at the age of five, played on the high school basketball team and become an All-American in water-polo. He is considered one of the most athletic and energetic personalities in the sport of swimming.

Practically unknown in the swimming world before 1998, Jason lit up the U.S. National Championships that year winning his first national title in the 100m freestyle, and that was only the beginning. He went on to win a gold and silver medal at the 2000 Olympic Games, and in 2002, he dominated all opponents becoming the number one ranked swimming sprinter in the world. At the 2004 Olympic Games, Jason took home a bronze medal in the 4x100m freestyle relay and the gold in a world-record-breaking swim in the 4x100m medley relay.

In 2008, Jason qualified for the Beijing Olympic Games in the 100m freestyle, the 4x100m free relay, and the 4x100m medley relay. At 32, the oldest man on the U.S. swim team and tri-captain, Jason anchored the U.S. men's 4x100 freestyle relay team to a come-from-behind victory, stealing the gold from the French. You can expect to see his leg of the race, the fastest 100m relay split in history (46.06), for decades to come in sports highlights. After many years of placing 4th and 5th in his individual swims, Jason persevered and achieved his 1st individual medal earning the bronze in the 100 freestyle. He also dominated the last leg of the 4x100m medley relay, winning the gold and securing Michael Phelps' record-setting 8th gold medal. Jason qualified for the 2012 Olympic Games as a part of the 4x100m freestyle relay and helped bring home a silver for the United States in that event.

As a proud husband and father, highly respected athlete and Olympic gold medalist, Jason has become an inspiration to a wide variety of audiences. He successfully balances his family life with motivating others and sharing his stories.