Sippy Woodhead Brennan insists her older sister’s mispronunciation of her birth name – Cynthia – the day she was born has never been a bad thing.

‘My older sister could not pronounce my name, so I have always been called Sippy,” she said. “It’s a good thing, because I am definitely not a ‘Cynthia.’”

Cynthia or Sippy, what she ultimately became was a world champion swimmer and world record holder – one of the fastest in the world in her day.

She also became one of the many athletes who was forced by political posturing to miss the 1980 Moscow Olympics – and that decision by then-President Jimmy Carter had lasting ramifications for Sippy the swimmer and person for many years to follow as well as many of her U.S. teammates.

“I was sick and injured a lot after the 1980 boycott,” said Brennan, who now lives in Manhattan Beach, Calif., about 100 yards from the ocean. “Additionally, I just never found the will to train as hard as I had after the boycott. I lost that will to dig down deep day after day, and you need that to succeed in our sport.

“I was emotionally and physically exhausted. It’s very hard to be involved in the sport of swimming and to be competitive if you are not on top of your game every day. There is always someone else waiting in the wings. I was lucky to make the 1984 team.”

Brennan’s march to the 1980 and 1984 Olympic teams began at the Riverside Aquatics Association in her hometown of Riverside, Calif., when she was 9.

She lived one block from the swimming club where all the neighborhood kids belonged, and they spent their entire days there from open to close during the summers.

“I would walk down and wait at the gates for it to open, and stay as long as my mother would let me,” said Brennan, who set her first American record in the 1650 freestyle when she was just 13. “I swam on the club’s novice team in the summer from June to August until I was 9, and then I went over to an AAU club across town called Riverside Aquatics where I swam for Chuck Riggs.

“I loved swimming. I felt like I could always figure out how to get faster whether that meant working harder or changing my technique. I watched the faster kids, chased them in practice and tried to do whatever they were doing that was better than what I was doing.”

At 14, she won National titles in the 100 and 200 freestyles, broke the world record in the 200 and set American records in the 400 and 800 freestyle events. Later that summer at World Championships, she won three gold medals and two silver medals.

By 15, she had broken the American record in every freestyle distance – 100 to 800 in meters and 100 to 1650 in yards – and was heralded as an Olympic favorite in all of her events the following year in Moscow. She finished the year with five gold medals at the 1979 Pan American Games.

The boycott, however, changed all of that.

While she said she doesn’t remember where she was or what she was doing when she learned about Carter’s politically-driven decision not to compete, the damage in many ways was already done to her and her teammates.

“None of it made sense to me, and I still think it was a horrible decision to use the athletes as a political weapon,” she said. “I had been in France at an international meet in February of 1980, and the Russians interrupted the meet when I was just about to get on the blocks, and their entire team sang Happy Birthday to me. So, you see, it was all politics, and no thought was put in to the athletes and what their coming together for a moment of peace meant to the rest of the world.

“Unfortunately Jimmy Carter wasn’t on the same page. When we met him at the White house, my grandmother told me to give him a good kick in the shins. I didn’t do it, but a few of the guys on the team said a few things to him when he came around to shake our hands one by one. I think the boycott ruined our sport for many years. It certainly took the heart and soul out of swimming for me. It was never the same again for me.”

After the disappointment of 1980, Brennan continued swimming but experienced a serious of illnesses and injuries that hindered her continued success.

She swam for the University of Southern California, and in 1984, she made good on her dream of swimming at the Olympics when she qualified in the 200 freestyle.

But even then, the passion she once had for swimming had dissipated.

It just wasn’t the same.

“I hate to admit it, but 1984 for me was more about letting myself have an experience that I was denied in 1980,” she said. “I was not even close to my best, but it was the best I could do at the time. 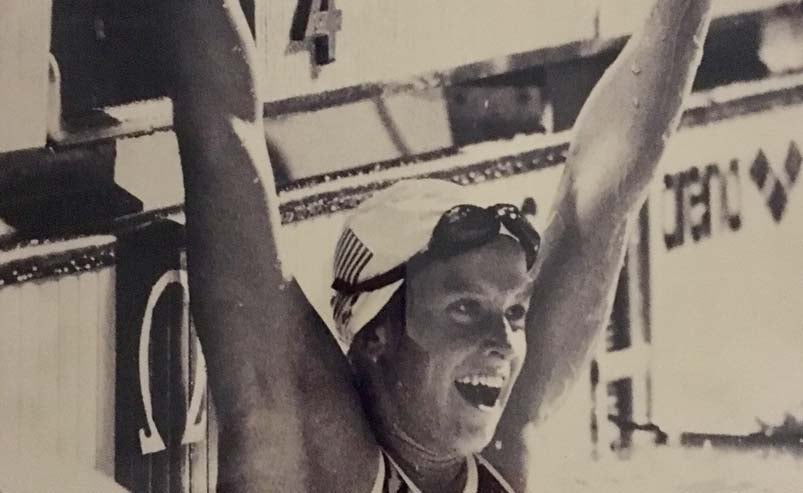 “It wasn’t my favorite experience by far. It’s no fun showing up at a meet of any type and not being at your best. At least I got to go to an Olympics, so that is a good thing, because the Olympic Games are special.”

Brennan retired from competitive international swimming after winning an Olympic silver medal in the 200 freestyle in Los Angeles, although she did continue swimming collegiately for USC.

And although she considered a comeback in her late 20s, ultimately, she decided she wasn’t doing it with the right mindset and gave it up.

“I stopped swimming when I finished school at USC; that was just what everyone did back then,” said Brennan, who lost her first husband in a car accident in 1995 and remarried her current husband a few years later. “I was definitely done. I was mentally and physically just tired of the daily grind of it all.

“At the end of the day, I was emotionally drained from all of it. Plus, at that time, it wasn’t looked on as something that would be very promising. People didn’t swim that late in their lives.”

Today, Brennan, who coached for a decade at USC where she was a three-time All-American and is a member of the USC Hall of Fame, remains involved with the sport by transporting her twin 14-year-old swimmers – Jamie and Ryan – to and from practice daily as well as cheering them on at swim meets.

For her, having her kids involved with the sport that gave her so much for so many years is a great reminder of all that swimming brings to people’s lives.

“I was basically raised by U.S. Swimming, and I will always be grateful for my experiences,” she said. “I travelled all over the world, I’ve been to every continent, and made some great lifelong friends along the way. It made me who I am. I learned so many things from swimming.

“Most importantly, I learned that we live in the greatest country in the world. I was a 13 year old traveling in East Germany and Russia in the ‘70s. I’ll never forget wishing so badly for a hamburger, a chocolate bar, anything, and having absolutely no way of buying it. They weren’t for sale without waiting a couple of hours in a ridiculous line, which I did do for a chocolate bar. I wish everyone could spend a few weeks in a communist country, and then come back home. It’s an experience I will never forget. We are so fortunate to live in the free world.”