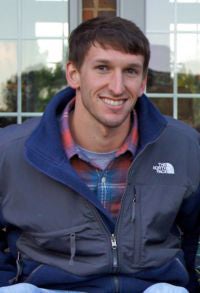 Mark Weber is a former USA Swimming National Team member and current Athlete's Vice Chair. He additionally serves on the National Team Athletes Committee, and chairs the Athletes executive Committee. From Warner Robins, GA, Mark swam for the Warner Robins Aquanauts before leaving to swim for Florida State University where he was a 4x NCAA All-American and held 2 ACC and School records. Graduating in 2013 with a degree in Sport Management, he continued his swimming career with SwimMAC Team Elite through the 2016 Olympic Trials. During that time, he also worked for the Paddock Evacuator Company, specializing in air quality solutions for indoor aquatic facilities. Currently, he continues to work closely with the Paddock Evacuator Company and has added the role of Project Manager for Paddock Construction, the largest commercial pool builder in the south east.

Mark lives in Charlotte, NC with his wife Courtney, a soccer coach for Charlotte Soccer Academy, and their dog Charlie, a pointeraner.