After more than a decade and three Olympic Trials pushing himself to reach his potential and achieve his Olympic dream, Eugene Godsoe decided it was time to pursue a different dream.

In order to do this, he retired from swimming shortly after Trials, moved to New York City and started working in business development for a technology startup, Rocketrip.

He also turned to something that has always provided him solace and reflection – music.

The result of that post-swimming experience is being released the Tuesday after Labor Day.

“I have a full-length, original piano CD releasing on September 5th,” he said. “I spent a lot of time after Trials last year writing for and working on this CD, so the songs come at an interesting transition in my life. The title is Somewhere, Anywhere."

That transition – deciding he’d taken his swimming as far as he could after a lengthy, successful career – has resulted in a new outlook on life for Godsoe.

He joined Rocketrip in October, joined a band and began pursuing his solo piano career with no remorse or regret about leaving the sport because when he left, he knew he’d given it all he had.

“After failing to make the team for a third go-around, I knew that was it,” he said. “My whole purpose in swimming post-college was to find out what my limits were and reach my potential.

“Even though I didn't make the Olympics, I'm proud of my accomplishments and am confident I left it all in the pool. It was time to start working on new dreams and goals.”

With work and his own musical interests as focuses, Godsoe said he didn’t really think much about competitive swimming – or miss it – until he watched his friends and former teammates compete at Phillips 66 Nationals and then dominate at World Championships.

He said seeing the pre-race nerves and excitement mixed with the joy of post-race celebration brought him back to the best of times in his own swimming – highlighted by his own silver medal in the 50 butterfly at 2013 World Championships.

“It's what you dream of experiencing and why you wake up at 5 a.m. to jump into a cold pool,” Godsoe said. “For me now, it's enough to watch my friends and the younger generation accomplish such incredible things. I feel so honored to have represented the USA in my past, and now it’s my turn to support and cheer on the new generation.”

And while he admits he hasn’t necessarily missed those early morning training sessions, time away from competitive swimming has allowed Godsoe the opportunity to reflect upon his own career.

What he discovered is that he is able to disconnect from his daily work now – something he wasn’t necessarily able to do when he was swimming full-time.

Everything associated with competing at the highest levels – nutrition, rest, recovery – is all-consuming.

But now, he said he has the opportunity to leave work behind and just enjoy all the he’s accomplished as well as professional opportunities that lie ahead.

“Being voted a captain for Team USA (at 2013 World Championships) was the greatest honor for me,” he said. “The U.S. swim team is probably the best sports team on the planet, and to have a leadership role among such legends is something I'll never forget. Besides the obvious talent in the pool, our team is always filled with such awesome and inspiring personalities.

“Being in lane 8 (at Worlds), while nobody predicted me to even make the final, I remember feeling such peace and confidence that there was truly nothing to lose when I dove in. I had a smile on my face for the next 24 hours.”

Godsoe said after putting a lot of effort and focus into making the 2012 Olympic Games and coming up short was a difficult time for him – finding it very difficult to watch the London Olympics.

And even though he struggled all year leading up to Trials last summer, he said he didn’t know going into the meet that it would prove to be his last competition. He was still hopeful in Omaha because it was the hardest he had trained in his whole career. 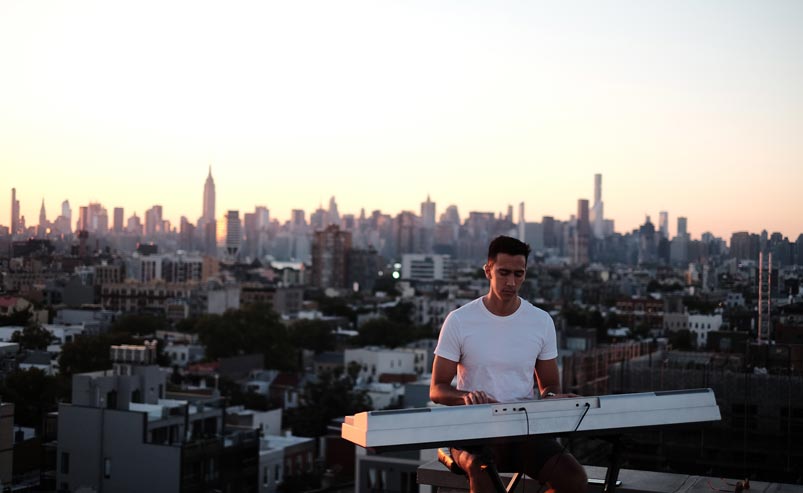 “It was really disappointing being so far off the top of my game,” he said. “Going in with Olympic hopes and struggling to make the semifinals was a harsh reality check. I would say that the meet itself was not fun, but it ended with me feeling at peace.

“I spent years giving it my all, and that's all I could ask of myself. I was in a good, mental place to appreciate seeing my friends and teammates achieve their dreams, and I didn't want to miss that because I was worried about my failures.”

Having an innate entrepreneurial nature toward music production, Godsoe said he is committed to his current profession and is excited to see how he can impact the world with it.

He said he draws many comparisons between swimming and entrepreneurship (and music) and says the two are connected and interchangeable in many ways.

“That was part of the love of swimming for me,” he said. “You have a coach, teammates and friends that you do rely on to help you achieve your goals, but at the end of the day, you know it's up to you and you alone to put in the work each day to reach your goals.

“I think being an entrepreneur and musician are very similar. There is no such thing as just going through the motions if you want to be successful.”

It’s that notion of working hard and achieving on your own drive and merits that Godsoe said he took away from swimming and uses every day in his own professional pursuits.

He knows there’s a difference between “showing up” and working hard and smart.

“I think any swimmer can appreciate that, knowing there are some practices you just survived, but others where you thrived and were laser-focused,” said Godsoe, who joined the New York Athletic Club and has been swimming with them since last fall.

“The more days you can commit to being excellent, the more likely you are to be successful. I love that both music and the working world benefits so much from that mentality, and swimming was an incredible life lesson for that.”

But he’s unsure whether or not he might make a return to competition in a few years and try for a fourth time to make his first Olympic team.

For now, he’s content playing music and enjoying life in the Big Apple.

“I’m unclear on whether a future Nationals or the 2020 Trials is in the cards, but swimming is something I'll always do and love,” he said. “Even now, I still get nervous before little meets, and I hope that feeling never goes away.”