Ledecky, Smith Finish 1-2 for Second Night in a Row

INDIANAPOLIS – Katie Ledecky and Leah Smith have formed quite the 1-2 punch at the national level in the women’s mid-distance and distance events.

Last year at the U.S. Olympic Team Trials, the duo finished first and second in the 400m and 800m freestyles, then went on to win multiple medals in Rio between the two of them.

This week at the Phillips 66 National Championships, they’ve been at it again, taking 1-2 in both the 800m freestyle on Tuesday and in the 200m freestyle tonight.

Ledecky, of course, has come out on top in each of the contests between, but while some swimmers might find that a little intimidating or frustrating, Smith finds some confidence and comfort swimming next to Ledecky.

Because even if Smith can’t catch the world’s most dominant female swimmer, she takes comfort in knowing that if she’s anywhere close, she’s having a good swim.

Smith explains, in the following interview:

For more details on who qualified, check out the race recaps, below. 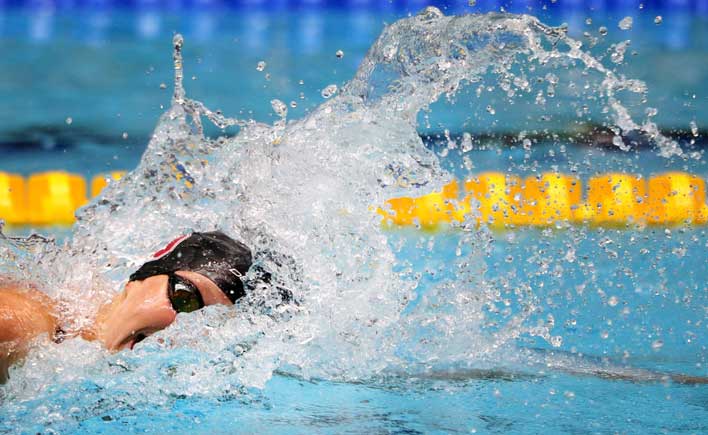 Ledecky led the women’s 200m freestyle from the first turn, leaving – as she so often does –the rest of the field fighting for second place. Her time of 1:54.84 was the fastest in the world this year. Finishing second behind her was Leah Smith in 1:56.68, followed by Melanie Margalis in 1:56.90 and Mallory Comerford in 1:56.95.

Each of the five Olympians in tonight’s final of the women’s 200m free finished in the top six, with Simone Manuel and Cierra Runge rounding out that group in 1:57.11 and 1:57.71.

It was Ledecky’s second win of the week after finishing 1-2 in last night’s 800m freestyle. It was Ledecky’s third career National Title in this event. By virtue of her second-place finish in the 200m free tonight, Smith will also be officially added to the roster in the 800. 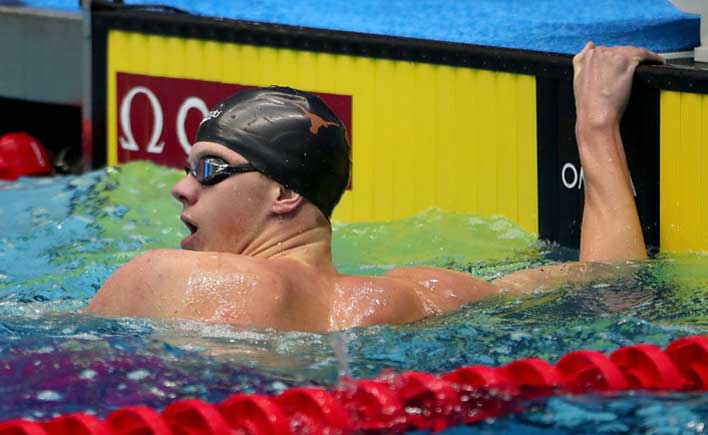 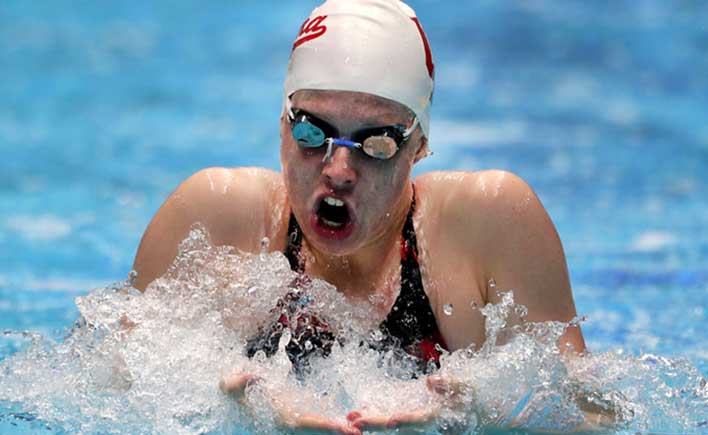 The women’s 200m breaststroke looked to be a two-person race through the 100-meter mark, with Olympians Lilly King and Katie Meili going stroke-for-stroke into the wall. But just as King was beginning to pull away, Bethany Galat made her move heading into the third wall. Galat overtook Meili but wasn’t able to catch King, who touched in 2:21.83, the second-fastest time in the world this year. Galat finshed less than half a second behind in 2:22.24, the fourth-fastest time in the world this year. 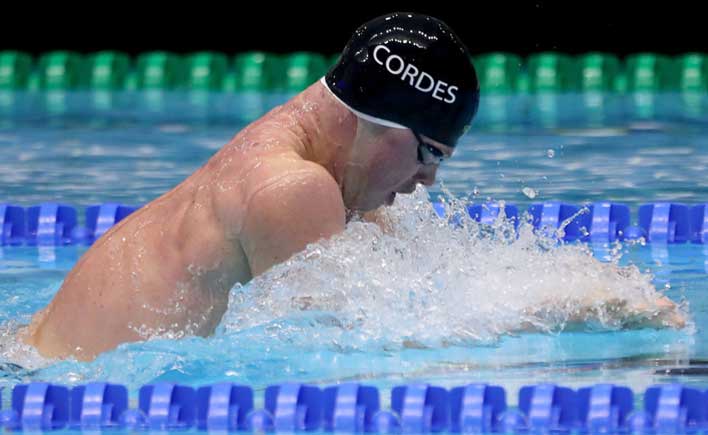 Kevin Cordes flirted with the world record in the 100m breaststroke through the 150-meter mark, but had to settle for the third-fastest time in the world this year in 2:07.41. Nic Fink came out on top of a three-way duel for second in 2:08.62, out-touching Olympian Josh Prenot by nine-hundredths of a second and Andrew Wilson by 19-hundredths of a second. 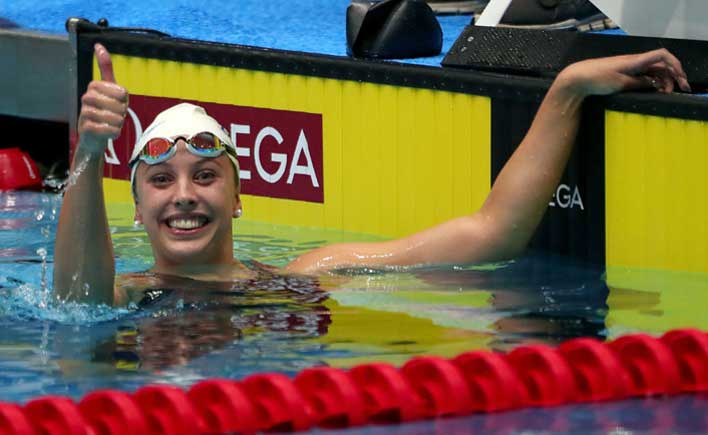 Kathleen Baker, the 2016 Olympic silver medalist in the 100m back, cruised to a win in the women’s 200m backstroke, turning in the fastest time in the world this year in 2:06.38. It was her first national title in this event Fifteen-year-old Regan Smith, a member of the 2016-17 National Junior Team, was second in 2:08.55. 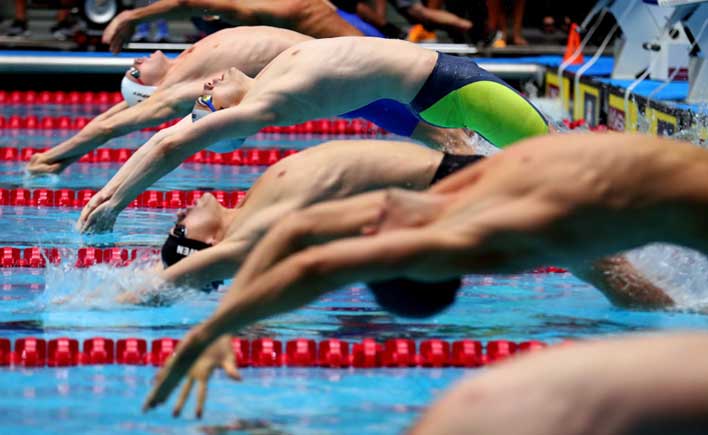 Olympian Caeleb Dressel set the meet record in the men’s 50m butterfly in 23.05. His time bested the meet record of 23.26, set by Olympian Cullen Jones in this morning’s prelims. Kelsi Worrell won the women’s 50 fly in 25.69.