Even though she has only swum a handful of times since she retired last summer, Emma Reaney has a completely different vantage point and perspective these days about swimming.

For her, despite the many years she told herself she 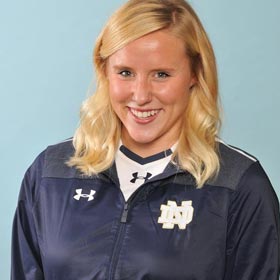 wasn’t attacking the water fast enough or doing hard enough sets during practice, she now realizes it’s ok to just enjoy the feel of the water.

But it hasn’t been easy.

“After 16 years, it takes a while to reprogram your brain and body into knowing that swimming for 30 minutes is enough and is still a good workout,” she said. “It wasn't enjoyable to go swim until very recently because I was always thinking, ‘Well, you didn't do 7,000, so that was a terrible workout. You didn't do enough and you didn't do it fast enough.’ Now I can just go and swim some laps and I find it very peaceful.”

Shortly after her final race – the semifinals of the 200 breaststroke at the 2016 Olympic Trials – Reaney took some time to reflect and relax, attend swim friend and Olympian Cammile Adams’ wedding and vacation in Vegas before moving Down Under to become an Au Pair – a fancy French word for nanny.

She is currently living in a suburb of Melbourne, Australia, where she takes care of Flynn, 11, and Grace, 8.

Next to her swimming career and collegiate experience at Notre Dame (where she graduated from in 2015), she ranks this time as the best experience of her life.

“We have so much fun together, and they are some of my best friends,” said Reaney, who won Notre Dame’s first-ever swimming NCAA title when she took first as a junior in the 200 breaststroke in 2014.

“I also work in a cafe while they're at school to save money for traveling when I'm done in August. I knew I needed to figure out my next steps (after Trials last summer), and I wasn't ready for a career or grad school just yet, so I decided to travel long-term. I put my info on a couple Au Pair sites and here I am.”

Reaney said the time leading up to her Trials experience last summer had its share of ups and downs – heavy on the downs from a coaching and injury perspective.

She went to Omaha knowing it would be her final meet, and she went intending to prove to herself that she tried and stuck it out despite the trials and tribulations she experienced up to that point.

“I had quite a bit of coaching changes – some due to me moving around and others out of my hands – in the last few years of my career which threw me off mentally quite a bit,” said Reaney, who won a silver medal in the 4x200 medley relay at 2014 Short Course World Championships. “I had such an intense connection with (former Notre Dame Coach) Brian Barnes that when he stepped back, I think I lost a big chunk of confidence that I never really got back.

“Looking back, I wish I had asked for help with that. I am someone who likes to do things on my own and not burden people with my problems, so I kept a lot of those struggles to myself.”

The injury kept her out of the water for six weeks to prevent a possible bone infection. And while she attempted to kick on a board with her hand wrapped up and out of the water, it made practices nearly unbearable and impacted her training.

“Being so close to Trials, it chipped away at my confidence,” she said. “I had to get back in shape and get prepared all over again starting in January 2016 to be ready by June, which seemed like an incredibly daunting task at the time.

“I also was just ready to have a life outside of swimming. I wanted to travel and actually see the places I went. I wanted to sleep in, have weekends to myself and not feel guilty for missing one practice or one lift. I love the sport of swimming, but I was ready to find out who I was without it.”

Along with a year’s distance from the sport, Reaney said she finished her career disappointed but not as disappointed as she thought she would or should be about not having made an Olympic team.

She said if someone had asked her during her junior year at Notre Dame how she would feel if she didn’t make the Olympic team in 2016, she would have told them that she would be devastated and crushed.

But following her final race, she said the feelings she felt most were disbelief that it was all over, relief and nostalgia. 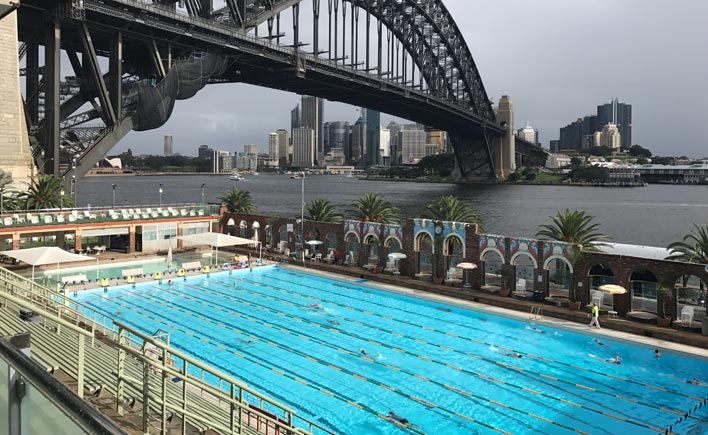 “I think I knew that I was ready to be done because I didn't feel the same heartbreak I felt after missing (making the) Pan Pacific Championship (team) in 2014 by .01,” said Reaney, who won her only individual international medal with a bronze in the 50 breaststroke at 2015 World University Games. “Maybe that was because 9th place wasn't as close as .01, but I was proud of all that I had accomplished, and I was so excited for whatever adventures were coming next.

“I didn't leave hating the sport, and that's something that I'm incredibly happy with. Going to the Olympics had been my dream since age 10 and was the focus the last two or three years of my career. But when I see that I was relatively at peace with my exit from swimming, I realize how lucky I am, because that's not always the case.”

With the Phillips 66 USA Swimming National Championships starting in a few weeks, Reaney said she is eager to follow her friends and former teammates from Australia via Meet Mobile to see how things are going and cheer them on.

Still, beyond swimming, Reaney said she is looking forward to her upcoming tour of Australia, New Zealand and Southeast Asia that begins in late August and wraps up in late December.

Wherever her travels take her after that, Reaney said she knows she can always rely upon the wonderful life lessons – and relationships – that swimming gave her.

“Swimming taught me that hard work and dedication really can pay off,” she said. “Swimming taught me how to set goals and how to plan out specific steps on how to reach those goals, something that I'm currently applying to my life in general right now.

“I think the most important thing that swimming taught me was that my successes would not have been as sweet and my hard times would have been much harder without all of the people that I shared them with and leaned on. My coaches, my teammates, my friends, and most importantly, my family – those people are what I remember most about my best swims. Swimming taught me to value and appreciate all of my relationships because, without them, I wouldn't have made it even half as far as I did.”