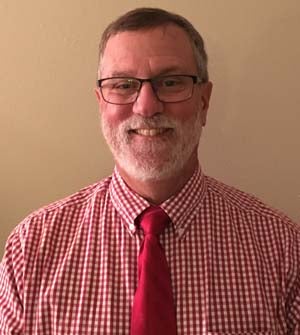 He began is aquatics career as an age group swimmer with the Scholfield Sharks in Hawaii. After moving to Maryland he competed in Gymnastics for 5 years. While attending Harford Community College where he earned an AA degree in Criminal Justice, he competed in swimming and qualified for the Junior College Nationals in the breaststroke. He then transferred to the University of Maryland where he earned his BA in Education. After graduation he moved to California where he became the head coach of the Coronado Swim Association. In 1989 he became the Head Coach of the Fallbrook Associated Swim Team.

Sean considers himself an Age Group coach although he has had 2 swimmers who participated at the Junior National Level. He has had 30 high school swimmers achieve NISCA Academic All-America honors. He has the named the CIF-SD Swim coach of the Year and the San Diego Imperial Age Group coach of the Year. Sean has been an Assistant Coach or the Head coach for the San Diego Western Zone Teams for the past 26 years.

Sean Brings a different perspective to his position since he coaches a small tram of approximately 75-80 swimmers year round. He runs a Learn to Swim Program which feeds into the FAST swim team and he also coaches at the high school level.

Sean is married to Mary Redmond and has 2 step-daughters and 6 grandchildren.