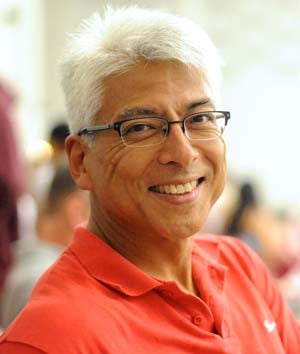 Ed Tsuzuki is in his second year as the U.S. Masters Swimming (USMS) liaison to the USA Swimming Board of Directors.  Tsuzuki, a long-time member of USMS, has served on the USMS Board of Directors and Executive Committee since 2009 and currently holds the position of Vice President, Administration.  He also serves on the board of the New Jersey Local Masters Swimming Committee.

Tsuzuki has retired from Johnson & Johnson in New Brunswick, New Jersey where he was employed for over 34 years. He continues to coach age group and high school swim teams – an activity he has enjoyed for over 40 years.  Ed has been the head coach of the Bernards High School girls and boys swim teams since its inception in 1988 and also coaches the Somerset County YMCA Masters swim club and the Bernardsville Borough summer swim team.

Tsuzuki grew up in Bridgewater, New Jersey and swam for the Cornell University swim team where he graduated from the School of Operations Research and Industrial Engineering.  He resides in Neshanic Station with his wife and has two daughters who currently live in Manhattan.  Outside of his coaching activities, Tsuzuki competes in pool and open water swimming and is an avid scuba diver and photographer.