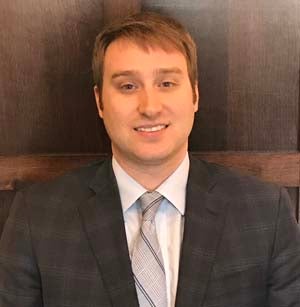 Derek Paul is an attorney with the Bosch Law Firm, P.C. He focuses his practice on complex criminal matters, administrative civil and criminal issues involving collegiate sports and university students, and civil litigation. He joined the firm immediately after receiving his law degree from the University of Tennessee College of Law in 2014. Prior to working for the Bosch Law Firm, Mr. Paul worked in the Office of Student Conduct and Community Standards at the University of Tennessee. Throughout his time in the office, he advocated strongly for students’ rights within the University system and grew passionate about advocating for the rights of all accused.

After growing up just outside of Indianapolis, Indiana, Mr. Paul made Knoxville his home in 2008 by starting his undergraduate studies at the University of Tennessee while swimming for the University. Starting in 2009, Mr. Paul served as a member of the University’s Student Athlete Advisory Council acting as a voice for the swimming and diving team. Mr. Paul furthered his involvement with athlete leadership by being elected as the Director of Communications of this council and by representing the University of Tennessee’s athletes across all sports as a member the SEC Student Athlete Advisory Council.

In 2011 Mr. Paul finished his undergraduate studies, earning a Bachelor of Science in Business Administration with a concentration in Finance. Wishing to exhaust his NCAA eligibility, Mr. Paul spoke with local leaders in both the legal and business communities and decided to continue his academic and athletic career by attending law school.