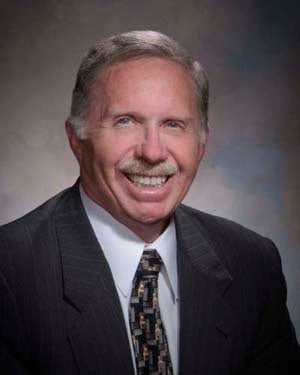 Bruce Stratton is the immediate past president of USA Swimming (2010 – 2014) and currently serves as an ex-officio member of the Board of Directors and the International Relations Committee.

He began his involvement with USA Swimming in 1984 when his two young sons began competing with a local USA Swimming Club.  He started as a swimming deck official at the local level and over time progressed to the regional, national, and international levels of competition.  He served as the president of his local club, the General Chairman of his Local Swimming Committee, and on various USA Swimming Committees before being elected as Treasurer of USA Swimming in 2000.  After completing his four-year term in that capacity, he served as Chair of the USA Swimming Rules & Regulations Committee for six years before being elected as President in 2010.  He served on the Board of Directors of United States Sports Insurance Company (USSIC), a captive insurance company of USA Swimming, from 2007 through 2016, serving as the Treasurer from 2007 through 2011 and as President from 2014 through 2016.  He also currently serves on the Technical Swimming Committee of UANA and on the FINA Disciplinary Panel.

Stratton graduated from the University of Idaho in 1971 with a B.S. in Business, majoring in accounting.  After serving as an officer in the U.S. Army for four years, he began his professional career as a certified public accountant with the international accounting firm of Deloitte Haskins & Sells.  In 1979, he established his own accounting firm, Stratton & Associates, where he worked until his retirement on January 1, 2017.

Stratton resides in Boise, Idaho with his wife, Patty Stratton.  He has two grown children and three grandchildren, two of which are now competing as age-group swimmers.