Bob Vincent, Chairman of the Board 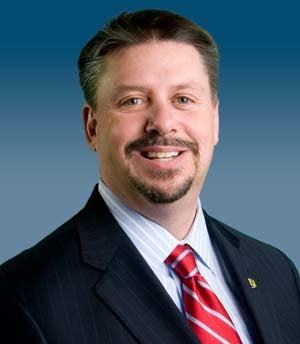 Bob Vincent was elected as Chairman of the Board of USA Swimming in October of 2018.

Vincent was elected and served on the Executive Board of the Professional Services Council, the Voice of the Government Services Industry, from 2010 until 2013.  He serves on the Board of Directors of Florida Citrus Sports, scouting NCAA football in the SEC, Big Ten, ACC, and Big 12 Conferences for the Buffalo Wild Wings Bowl and Russell Athletic Bowl.

He has been involved at all levels of swimming governance including serving as the President of a parent-owned team.  He is an active official for Potomac Valley Swimming (PVS) and currently serves as the Eastern Zone Officials Chair.

He is a member of the USA Swimming Foundation’s Champions Club.

Vincent earned an Education degree at the University of South Carolina in 1984.  After teaching for a short while in Virginia Public Schools he left to pursue a business career, opening a Domino’s Pizza franchise that ranked in the top 2% of sales, worldwide.  After selling the franchise he began working for VW International, Inc. (VWI), a healthcare facilities company.  In 1996 he earned a Masters Degree in Business from the University of Maryland, University College.