USA Swimming's Program Development Managers provide a conduit for coaches and LSC officers to gain professional management skills. Through discussions and/or formal presentations, consultants identify appropriate USA Swimming programming and its utilization, including board governance, Club Leadership/Business Management Schools, and parent  and  coach education. There is no fee for this service. 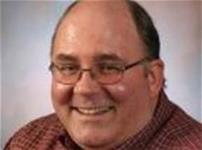 Randy Julian has been with USA Swimming since May of 2002. His focus is with the coaches, teams and the LSC’s of the Central Zone. He is also the staff liaison with the USA Swimming Disability Committee. Randy was the Head Swimming Coach at Bowling Green State University for both men and women’s swimming for seven years and assisted at The University of Notre Dame with Tim Welsh and Southern Illinois with Doug Ingram in the previous seven years. Randy also coached in the club ranks as the Head Coach of the Dads Club Swim Team in Houston, TX. where his boys won the 1985 YMCA National Title and his men’s team placed 10th at Short Course and 6th at Long Course USS Nationals that same year. From 1983 – 85, Randy was the General Chair of Gulf Swimming and also was the Chair of the Texas Senior Circuit. He is a proud graduate of Southern Illinois University (home of the Salukis) and was born and raised in Dallas, Texas. 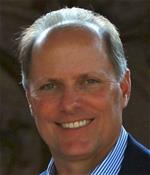 Jeff came to USA Swimming in March of 2017. Jeff’s background is very diverse as he coached in the YMCA system for over 30 Years. Most notably, the head coach of the Wilton Y Wahoos where his team won 9 YMCA National Team Titles and set numerous National Records.  Jeff is a ASCA Level V Coach, has served as President of the CT YMCA Swim League, President of the YMCA National Coaches’ Association, and has held numerous committee and board positions in Connecticut, Metro, Illinois, and Oklahoma Swimming LSCs. Jeff was also a member of the USA Swimming Program Development Committee.  Jeff has volunteered for LSC Racing Camps, Zone Select Camps and the National Select Camp Programs. He earned a Bachelor of Science Degree from Springfield College and swam for the legendary coach Charles Silvia. Jeff has also had extensive experience with summer club and high school coaching. Most recently he has worked with the Fitter and Faster Swim Tour and Arena North America.

Juan Caraveo has been with USA Swimming since 2015 and the Program Development Manager for the Western Zone since the fall of 2019. Prior to this position, Juan was focused on the Diversity and Inclusion efforts of USA Swimming. His responsibilities included overseeing the National and Zone Diversity Select Camps, Coach Mentorship Program and working within the Community Swim Team program. Prior to joining USA Swimming, Juan was the head coach of Pearland Aquatics (formerly Synergy Aquatics), owner/operator of the Pearland Swim Academy and one of the founders of the Pearland Pirates summer swim team in Pearland, TX. He was an active participant with Gulf Swimming governance and had the opportunity to work various USA Swimming camps: Southern Zone Select Camp in 2011, the National Diversity Select Camp as an assistant coach in 2012 and the head coach in 2014. Juan Started his post college coaching career as a teacher and high school swim coach in La Marque, TX before moving to Dickinson High School and is a proud graduate of Austin College in Sherman, TX.


If you wish to receive the Coaches Connection weekly newsletter from your Sport Development Consultant click here to be added to the Email List.