Mentor Coach visits are generally earned by clubs with world-ranked females or males on a case-by-case basis. Visits are selected by USA Swimming and tailored to meet the requests of the Head Coach.

A couple of comments from Head Coaches after these visits:

There is no fee for this service.

Ed Spencer has been a Mentor Coach Consultant with USA Swimming since 2005. Ed was the Head Coach of the Dynamo Swim Club from 1998-2004. While there, he led the Dynamo Swim Club to several 18 & under National Championships, six consecutive years as Southeastern Senior Sectional Champions and three consecutive second-place finishes in the USA Swimming’s Club Excellence Program.

Prior to coaching at Dynamo, he was the Head Coach at the Reno Aquatic Club (1990-1998) where he had several National Champions. Ed was the distance and IM coach (1979-1983) and Head Coach at the Industry Hills Aquatic Club (1983-1990) where four of his swimmers set more than 10 American Records and won more than 20 USA Swimming National titles. His swimmers represented the USA on the 1980, 1984 and 1988 Olympic Teams. 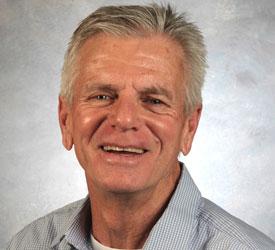 Jack is the newest Mentor Coach Consultant. Jack worked extensively in USA Swimming's National Team division where he was Head Coach of the National Junior Team since 2008 and was a Consultant of Athlete and Coach Relations leading up to and including the Rio Games. Jack has a long coaching history working at Mission Bay Aquatics, the University of Texas, Texas Aquatics and La Loma Centro Deportivo in Mexico. Jack is also a veteran of the United States Marine Corps and is a recipient of the Purple Heart Award.