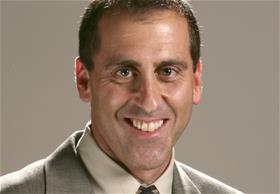 Mike Unger is currently the Chief Operating Officer of USA Swimming. He has worked for USA Swimming since 1993, and in his 24 years has served in six roles, including Assistant Executive Director, National Events Director, Marketing Director and National Team Coordinator.

As head of the Technical / Sport Business Unit Unger oversees all major events, including the U.S. Olympic Trials – Swimming, the Golden Goggle Awards, the Duel in the Pool and the Pan Pacific Championships.

Since 1996 Unger has been involved with all of USA Swimming’s television broadcasts and has worked with NBC Sports, the U.S. Olympic broadcast network. He has assisted with television production for the past six Olympic Games (Atlanta, Sydney, Athens, Beijing, London and Rio de Janeiro) and won three Emmy awards as part of the NBC production team.

From 2003 through 2006, Unger was the Managing Director for the FINA World Cup Swimming series, serving as the key liaison between FINA and the local organizers, broadcasters and delegations attending the competitions.