Everyone knows that part of good race preparation is having a specific plan for how you will swim an event. In butterfly, we have talked about breathing patterns and tempos, but we haven’t discussed stroke counts. After the 2013 World Championships, I was curious about 100 fly stroke counts for the best swimmers, so I decided to do some research.

I looked back at the 100 butterfly from the 2012 Olympics and the 2013 World Championships for both men and women, and I tracked each of the 8 finalists through prelims, semifinals, and finals to see if there was anything to be learned from their stroke counts. The data is below, followed by my thoughts on what I discovered. 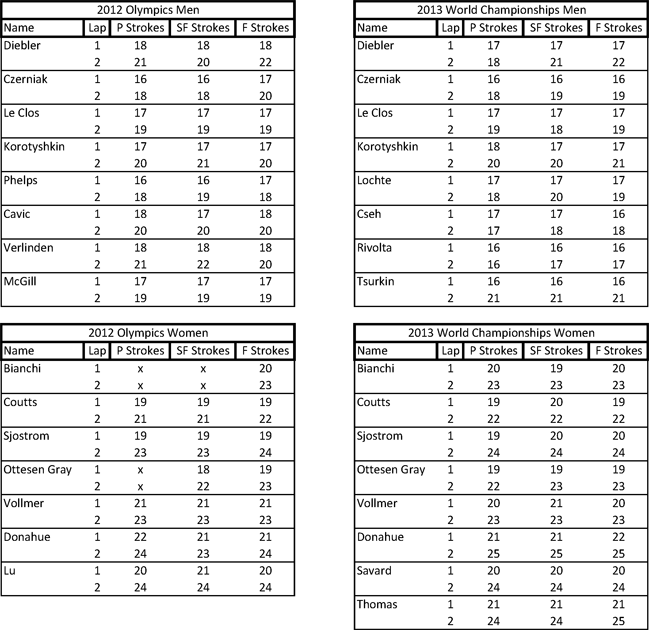 This shows me that the best butterflyer's in the world are making stroke counts part of their race plans. These athletes understand that to swim fast consistently, they must have a detailed and specific race plan that they practice regularly.
*One swimmer was excluded from these findings because I could only collect data from one race.