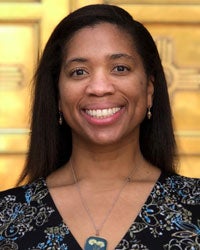 Jeanette Skow was born and raised in Staten Island, N.Y. She began her lifelong connection to swimming as a young age-grouper in N.Y. and N.J. metro area leagues, which included competing at numerous state, regional, and national championships. Her swimming career culminated at Princeton University, where she competed as an NCAA athlete all four years and was a Letter winner. She was also a four-year member of Princeton’s Air Force ROTC program.

Upon graduating from Princeton in 1998 with a Bachelor of Arts degree in Politics, she served our country as an Air Force officer for 20 years stateside, overseas, and in combat zones in what was a very exciting, challenging, and rewarding career. She first served as an intelligence officer and later as an attorney in the JAG Corps upon being selected for the Air Force’s Funded Legal Education Program and earning a Juris Doctorate from the University of Cincinnati College of Law in 2005.

Swimming has been a big part of Skow’s life, and that connection to the sport continues through her daughter. It has been a pure highlight of her life watching her daughter thrive in age-group competition the last several years and grow to truly love the sport. Becoming a swimming parent gave Skow a whole new perspective and was extremely instrumental in her renewed passion to be involved in swimming, particularly at the national level. She was elected to the USA Swimming Board of Directors in 2018.

Skow retired from the Air Force in August 2018 and spends a large portion of her time volunteering in the community. She resides with her husband and their daughter in Las Cruces, N.M.